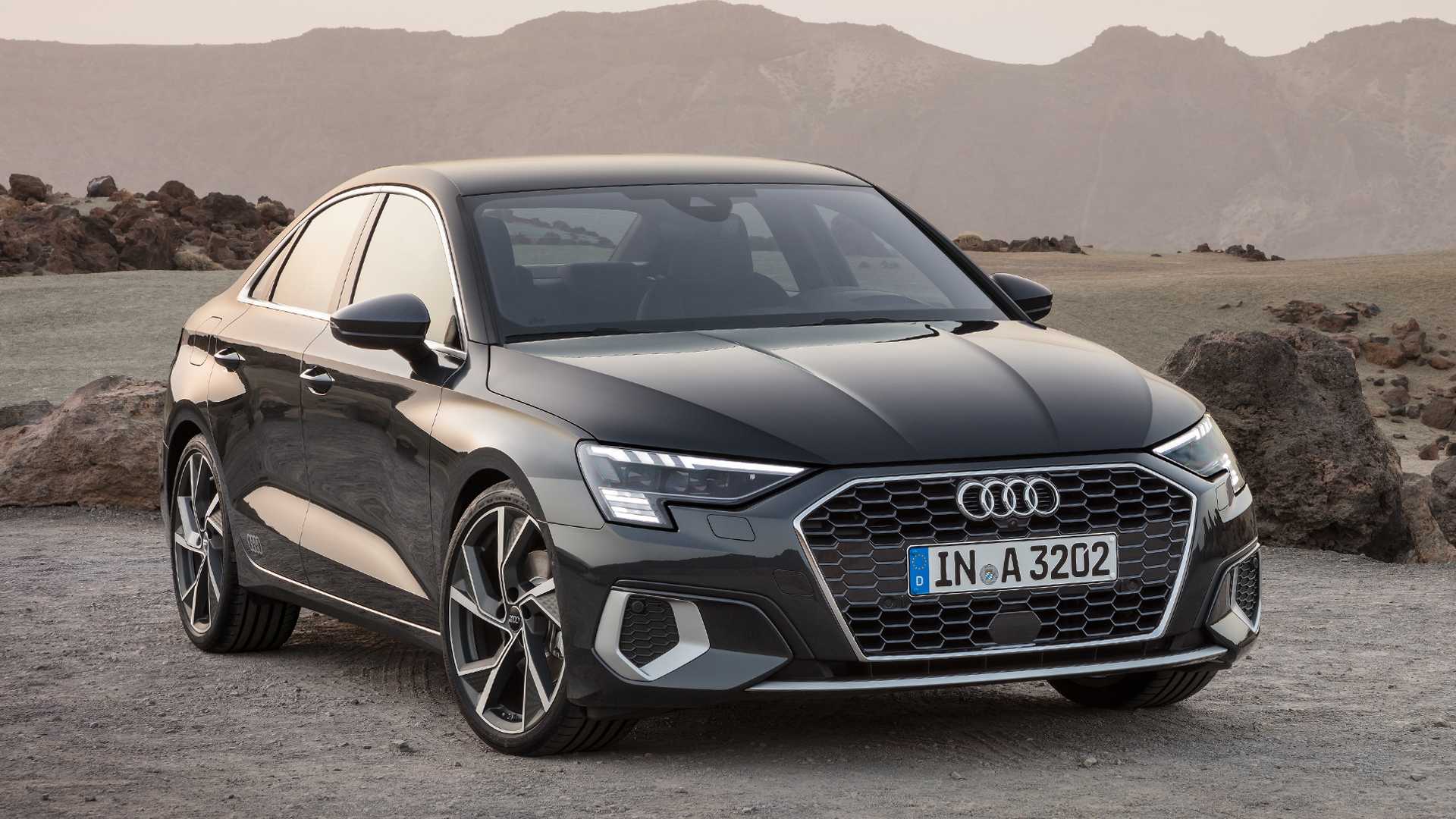 The most recent Audi A3 was the first generation to ditch the hatchback design and go sedan-only, separating itself more from the platform-sharing Volkswagen Golf. For 2021, the U.S.-market Audi A3 maintains its four-door shape, but brings with it a sleeker design language and a complete cabin overhaul, adding the brand’s latest in infotainment tech.

We saw the new Euro-only A3 hatchback debut a few weeks ago, as part of the “virtual” Geneva Motor Show. As expected, the sedan is basically a dead ringer for the hatch, with some obvious changes behind the C-pillar. This new design is decidedly more angular, with sharp headlights and an oversize hexagonal grille, flanked by two non-functional “intakes.” Around back, the sedan doesn’t stray far from its predecessor, with a similar taillight design that’s now more reminiscent of the Q3 crossover. Odds are, if you liked the previous A3 then this one should do it for you, too. That said, we’re excited to see the spicier S and RS variants down the line.

There’s a much stronger deviation from the current A3 inside, with a fresh interior that looks more sophisticated. Following the rest of the Audi lineup, the new car ditches the pop-up infotainment screen, in favor of a 10.1-inch display, now baked into the center console. Apple CarPlay and Android Auto pairing come standard and the latest MMI navigation is an optional upgrade.  Audi’s signature Virtual Cockpit digital gauge cluster now comes standard as a 10.3-inch screen, with a 12.3-inch cluster and head-up display available on the options sheet.

Beyond the sizable tech upgrades, the rest of the A3’s cabin is more eye-catching, with the same hexagonal design theme (made cool by the Lamborghini Huracan) present on the air vents and parts of the door panels. We see a kinship with the MK8 Golf and GTI in the center console, including the shift-by-wire gear selector and engine start/stop button.

Powertrain details for the U.S. market cars are still scarce, but we can safely assume a newer version of the turbocharged 2.0-liter four-cylinder, as well as a seven-speed dual-clutch, as standard fare. We’ve already spied prototypes of the hotter S3 and RS3 versions in recent weeks, and Audi’s also hinted at a plug-in E-Tron model somewhere down the line. Just like with the previous generation, the new A3 will be offered in plenty of flavors with several powertrains to choose from.

This first look at the A3 sedan shows a promising future and a design with lots of potential for added aggression. Even the base model looks fierce and carries with it a swath of tech upgrades making it a worthy competitor to the all-new Mercedes-Benz A-Class and BMW 2-Series Gran Coupe. Barring any production delays, Audi plans on deliveries starting later this year, with pricing information to come around the same time.