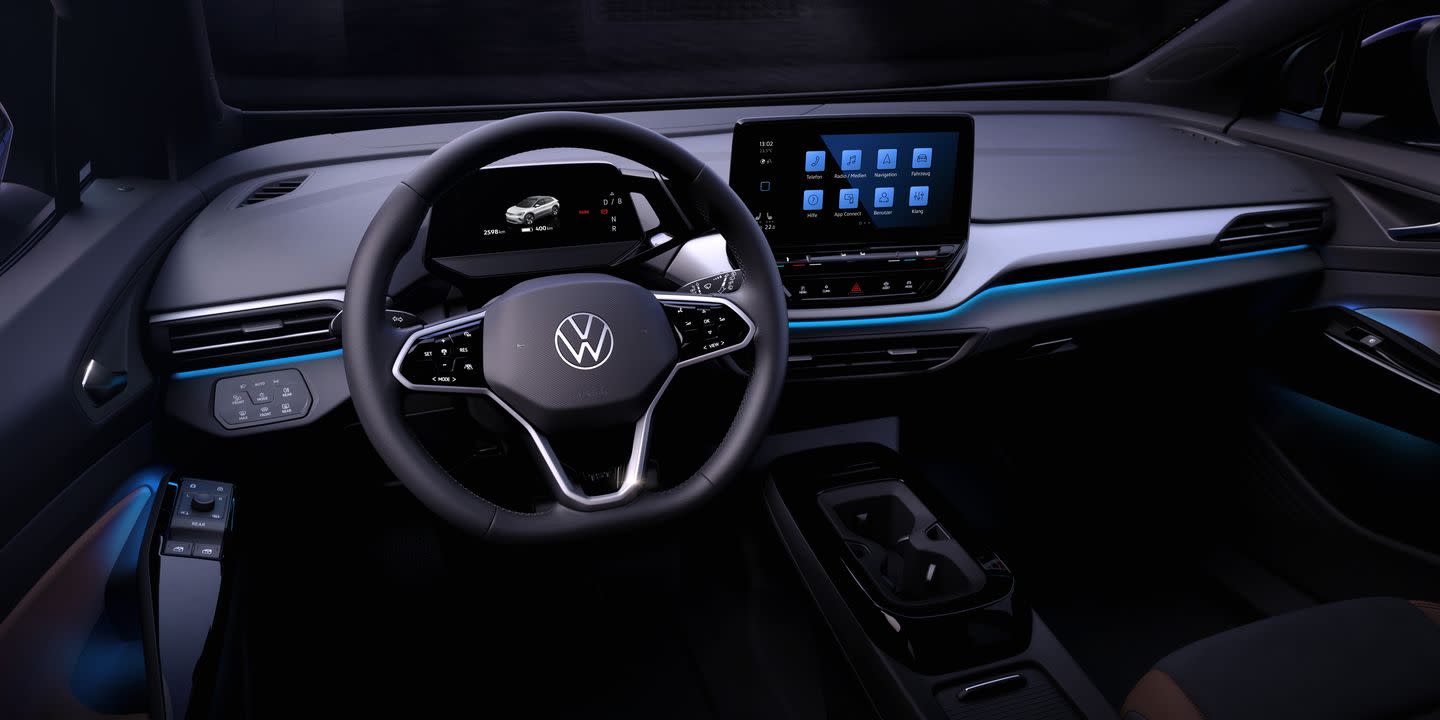 From Car and Driver

Volkswagen is showing off the interior of its upcoming ID.4, the first electric vehicle coming to the United States based on VW’s MEB EV platform. Slated to be unveiled in late September, the electric crossover is part of a large electrification plan from the German automaker. It is expected to go on sale here by the end of the year.

VW Group head of design Klaus Zyciora says the vehicle displays “freedom on the outside, free space on the inside.” The photos show a clutter-free cabin with a floating infotainment display and VW’s ID.Light 30-color ambient light strip, which runs across the dash. Volkswagen says that light will be used to convey messages to the driver such as when the vehicle is on, when it’s locked, or if there’s an incoming phone call, as well as driver-assistance information.

While many features have been moved to the infotainment system, there are still physical soft-touch buttons under the display for volume, climate control, drive mode, and driver assistance. The steering wheel and the column-stalk controls are essentially what you would find in any modern vehicle. But the gear shifter is attached to the right side of the digital dash cluster. It all comes off as very clean and focused.

One fun item carried over from the concept vehicles is the pause-and-play brake and accelerator pedals. The interior will be available in in either Lunar Grey and Galaxy Black, while the steering wheel, column, display housings, and control panels in the doors will be available in Piano Black or Electric White.

With a promised range of up to 310 miles, Volkswagen is taking on the Tesla Model Y, Hyundai Kona Electric, and Kia Niro EV. Right after it’s officially unveiled later this month, Volkswagen will begin taking $100 refundable deposits from people hoping to reserve an ID.4 of their own.