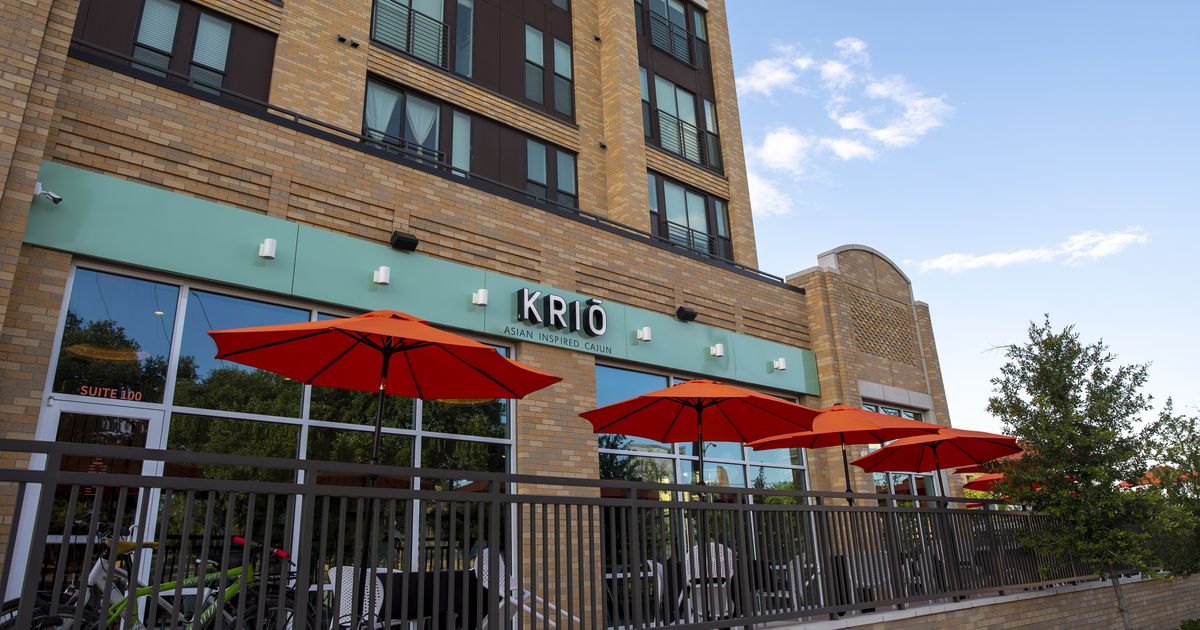 Dallas restaurants keep searching for new ways to distinguish themselves from the pack: novelty concepts, swanky interior designs, locations like the 49th floor of a skyscraper.

So why do so many of them play the same music?

A distinctive playlist can help make an unforgettable dining room. But many restaurants around town settle for top 40 hits, pop standards or pre-built lists from services like Spotify. Hip-hop instrumentals and the Pandora station “Hipster Cocktail Party” have become fixtures.

To shake Dallas out of its sonic slumber, I talked to restaurateurs around town whose dining rooms are feasts for the ears. Here’s what I learned about building a great restaurant playlist.

The dining room: Sunlit, airy, with an oyster bar and loads of bright, floral pastels

“I think music creates the culture that you want to bring into your concept,” says Connie Cheng, co-owner of Krio in Bishop Arts. Her Asian-Cajun seafood spot is notable for attracting and welcoming a wide range of customers across social and demographic boundaries.

“I don’t want to scare anyone away,” Cheng says. She and the restaurant’s hosts keep an eye on the dining room and adjust accordingly. In the afternoon, the stereo features oldies, including blues cuts that date back to the 1940s. Sunset and happy hour bring what Cheng calls “chill house music,” followed by contemporary tunes in the later evening.

Apple Music technology allows the owners to remotely update the restaurant’s playlists, several of which are over 30 hours long. Last week at a party, Cheng heard a cool new tune and added it to the Krio mix within seconds. Her staff contribute, too.

“You want staff to be enjoying the vibe as well as the customers,” she explains. “Some of my younger employees come to me and say, ‘Hey, have you heard this?’ And I’ll say, that doesn’t fit Krio, or, let’s add that now. They love that they’re able to put their 2 cents in.”

Oldies are not exactly the trendiest genre of music around these days, but Krio’s choice makes perfect sense for its relaxed, comforting feel — and with its co-owner’s life story.

“I’m first generation Cambodian American,” Cheng says. “My father learned English through music. I grew up with the Bee Gees and Neil Diamond and all that. Those are happy memories for me. I feel like those oldies, pretty much any age group can sing along to it, whether it brings them back to a memory of their childhood or or a memory of their parents, their grandparents.”

The dining room: Lively but comfortable, with dark wood, brass and an indoor-outdoor bar

Playlists tell the story of Matt McCallister’s restaurant career. Although we now think of his first kitchen, FT33, as a milestone in the history of Dallas dining, it started as a rebellion against fine dining norms of the time. Accordingly, the playlist was a youngster’s mix of hip-hop, often with vulgar lyrics. In the bathroom, the volume was turned up even louder.

Now the chef is older, wiser and more relaxed, and Homewood’s music reflects that fact. It features songs he, his staff and many of his customers listened to when they were younger.

“We’ve had people dancing on the patio rocking out to the playlist,” McCallister says. “Once I noticed it started happening, I kept playing songs in that genre, whatever we were playing at the time, to keep it up.”

“On a Wednesday, I’m not bumping ‘90s hip-hop when it’s usually kind of an older crowd coming in at the first seating,” the chef says. “I’m not gonna bump Wu-Tang for them because they’re not into it.” If the staff likes the tunes more than guests do, they can crank up a separate kitchen-only volume knob.

McCallister likes to see chefs express their identity through musical choices, and has fond memories of a three-Michelin-starred, $700 tasting menu at Saison in San Francisco set entirely to yacht rock.

He has not-so-fond memories of a 2013 Dallas Morning News review of another chef’s restaurant, Spoon. The critic at the time contended that no diner paying $350 for a bottle of Champagne would enjoy hearing the Ramones and Led Zeppelin while they eat.

“I was like, leave them alone,” McCallister recalls of that incident. “Music is an opportunity for the chef or owner to express their personality.”

The dining room: A jazz concert stage with lavish booths and walls of bookshelves

Windmills, the upscale jazz club, craft brewery and Indian restaurant in The Colony, reinforces its eclectic business concept with the most diverse playlist in North Texas. The music jumps across decades, genres and continents, reflecting the extraordinary taste of one man: Kamal Sagar, an acclaimed architect and the brewery’s founder.

“I grew up listening to everything from Pink Floyd and Deep Purple and Ahmad Jamal and Los Paraguayos, Los Indios Tabajaras from Brazil, Ricardo Carosone from Italy, Dolly Parton,” Sagar says. “My band during college days, we used to do a lot of Southern rock, Allman Brothers and Lynyrd Skynyrd. A little bit of The Doors.”

At Windmills, every track is hand-picked from Sagar’s own collection, every single album of which he auditioned to assemble one single gigantic playlist. The brewery plays over 8,500 tracks, including a staggering 961 by Ahmad Jamal. Benny Goodman, the Grateful Dead, Wilco and classic country acts are big contributors, too.

With such an eclectic mix, service managers and staff members have complained to Sagar about wild mood swings from one song to the next. An upbeat electric piano solo by Eumir Deodato can yield to a tragic ballad by Loudon Wainwright III.

Sagar’s sticking to his ethos: “Each piece has its own story. It’s so lovely that you can’t categorize it by tempo and say we have to play it at this time of day.”

He asked what I thought about the mix, and I told him about Dallas’ original mad DJ chef, Stephan Pyles, who became notorious for combining ‘80s megahits with Mozart operas. Like Pyles’ mixes, the music at Windmills speaks to a singular vision and personality, and it’s another way that his restaurant is unique.

The Mood: Classic Mexican music from decades past. Individual staff members change the mix nightly, but co-owner Shad Kvetko says, “We do have one maxim: You can’t go wrong with cumbia.”

The Mood: Ever so trendy and stylish. McCallister suggested The Charles, noting, “The first time I went, they were playing East Coast hip-hop, and I was like, this is cool. It really fits their vibe, how cool they are.”

The Mood: Argentinian cocktail bar. Not surprisingly, this Bishop Arts spot employs an eclectic mix of traditional and contemporary South American music that fits both the food (empanadas and steaks) and the decor (paintings of Messi and Maradona).