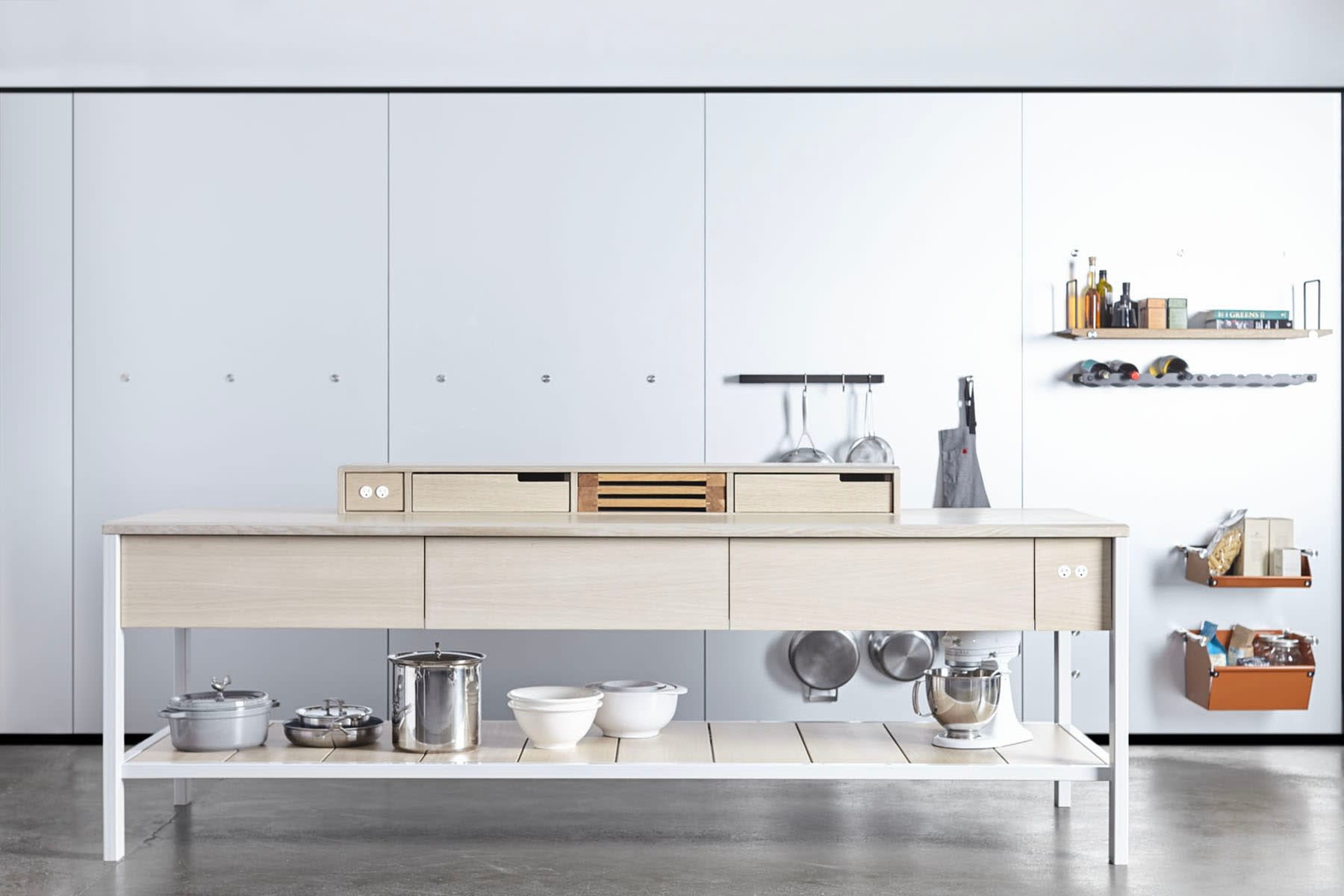 Think of the 1990s, and visions of neon colors, scrunchies, and blow-up furniture might come to mind. But 1990 also brought us one of the most significant and impactful laws affecting design: the Americans With Disabilities Act, more commonly known as ADA.

Although it was more broadly a civil rights law that prohibits discrimination based on disability, it also transformed the way buildings were designed across the United States, requiring equal access for those with disabilities to public spaces, transportation, commercial buildings, and places of recreation and respite, like restaurants, hotels, and schools.

In residential design, it had a lasting impact on kitchens and bathrooms in particular, which had notoriously been spaces that were hard to navigate for people with a range of disabilities. For someone in a wheelchair, for example, upper cabinets in a kitchen are often out of reach, and to someone with visual impairments, the lighting and acoustics of a space can be key.

So since 1990, strides have been made to help accommodate the act’s requirements, usually through the accommodation of wider hallways and corridors, appropriately sized turning radii in a room so that someone in a wheelchair can turn around, and ramped entries instead of stairs. And there are other, smaller-scale adaptive technologies and design regulations that are equally important, like roll-in showers, levered door handles instead of round doorknobs, lowered cabinets and working surfaces, and wide clearances under desks, tables, and sinks.

Yet all too often, ADA-compliant bathrooms and kitchens run on the snoozy—if not totally outdated—side, because a lot of items like sinks, faucets, and doorknobs are inexpensive stock pieces that lack the careful craft and thought that goes into nonaccessible components. “Nice-looking accessible products are often hard to find, more expensive, and take longer to obtain,” points out a report on visitability from the IDEA Center at the School of Architecture and Planning at the University of Buffalo.

But if designers are anything, they’re creative. “In our world, challenge is a positive word. It’s the root of everything interesting that happens with design. We see a project having challenges as a great thing,” says Chris Barriatua, executive director of Henrybuilt, a custom furniture and cabinetry maker.

So, what if you saw these challenges as the key to creating inspiring spaces and pieces? Henrybuilt and other interior designers, architects, designers, and craftspeople across the country often see the minutiae of ADA’s design requirements as a source of inspiration. They’ve worked hard to make multilevel workspaces at a kitchen counter feel natural, instead of like a dreaded mandate. They’ve developed elegant solutions to use on-trend materials to create sinks that still provide the necessary knee clearance underneath.

As individuals, they’ve made tremendous strides in the uphill battle of making the world more equitable and accessible for all, and there’s still a long way to go. As ADA enters its fourth decade, it’s become increasingly important to update these earlier, circa-1990 ideas and requirements about what constitutes inclusive and accessible design. Disabilities, many studies have shown, have not only increased in numbers but also shifted as populations age and the types of disabilities that people have change.

So what will the next 30 years of accessible design serve up? We hope for more designers, companies, architects, technologists, and builders who will continue to address the underserved needs of those with a range of disabilities—and do so in style, with flair, function, and care. We know they’re up for the challenge, and we’re looking forward to seeing what the next 30 years bring, with the hope that it means better access and design for all.