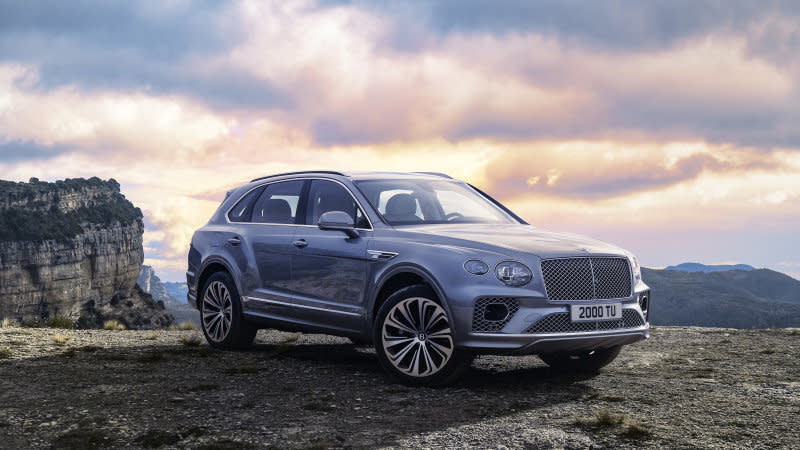 The 2021 Bentley Bentayga is subject to the model’s first significant refresh since the ultra-luxe SUV was introduced for the 2016 model year. In the meantime, Bentley has rolled through a few variants, but now we’re getting design changes, tech enhancements and new equipment.

For starters, the V8 is now the standard car (and will be the only one available initially), with the W12 engine reserved for an upcoming Bentayga Speed coming in 2021 — a model the brand expects to continue to be in high demand in America. Bentley also says there will be an updated plug-in hybrid model to follow later this year, but it won’t be available right away like the V8 is. The 4.0-liter twin-turbo V8 will make the same power as before, sitting at 542 horsepower and 568 pound-feet of torque — that’s good for a 0-60 mph time of 4.4 seconds. This Bentayga’s most significant mechanical change underneath is a 0.78-inch wider rear track. Bentley claims this reduces steering effort and improves response linearity.

Some of the bigger changes come in the design. Bentley says the adjustments are inspired by the new Continental GT and Flying Spur, as every panel in the front and rear have been redone. It gets a larger “matrix” grille, new headlights featuring Bentley’s “cut crystal glassware” design (trust us, it’s very cool), and a more aggressive front bumper with even more venting. Its hood has also been lifted up by 30 mm to make the whole front end appear more imposing. The sides of the SUV get new molding and a new V8 badge, while the back has gone through even more significant changes. There’s a new tailgate design that stretches the full width of the rear and also encapsulates the new and bejeweled oval rear taillights. The design change has seriously widened the look from the rear and makes a huge difference to the Bentayga’s style. The license plate has been moved down, and the wider rear track gives the Bentayga a more appealing stance. Larger, oval-shaped tailpipes mimic the new taillight design, and Bentley has added a longer roof spoiler to make the car look even more elegant and sporty. A new 22-inch wheel design (available in two finishes) joins the cavalry, as do two new paint colors: Viridian (dark green) and Patina (mid-tone off-white).

Of course, the interior is arguably the most important part of a Bentley. The center stack gets a new look; Bentley has provided a new steering wheel, new door trims and completely new seats. It’s built around new tech, as Bentley has integrated its 10.9-inch touchscreen infotainment display in the center stack directly below the new air vent design and clock, fully spanning the width of the area now. This system adds wireless Apple CarPlay and Android Auto, and Bentley has updated the car’s USB ports to USB-C outlets. Bentley has also adopted the fully digital instrument cluster from the Continental GT and Flying Spur, which allows you to customize the screen to a number of different views. Even the rear seat passengers are getting an upgrade, as Bentley has added a larger rear seat touchscreen control tablet that’s faster than before.

There are some new convenience features added for the refresh, too. For example, the windshield washer jets are now integrated into the wipers and feature 22 heated washer jets in each arm. It’ll continue to be offered in four-, five- and seven-seat configurations. The four-seat version gains 3.93 inches in knee room this year due to better reclining seats, and even the five-seater has rear seats that recline more than last year.

New trim and finishing options are available, most notable of those being the new dark tint diamond brushed aluminum. It’s meant to remind you of the front grille’s design. It’s made by “brushing the aluminum precisely, from multiple directions, to achieve a contemporary three-dimensional effect.” There are new quilting, stitching and color customization options available, too.

Pricing is reportedly five percent higher than before, but Bentley hasn’t detailed an exact price. The current Bentayga V8 starts at $167,725, and Bentley says the first updated ones will be going on sale “in the coming weeks” in the U.S. If you feel like designing your own, the configurator for the updated Bentayga is already up on Bentley’s website. 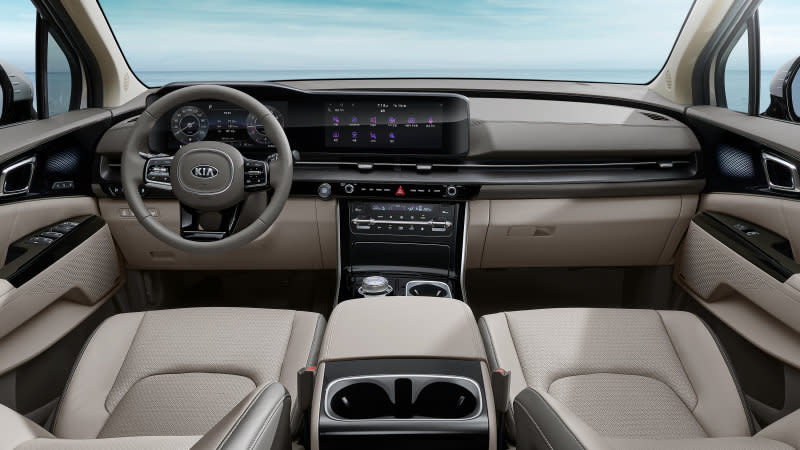 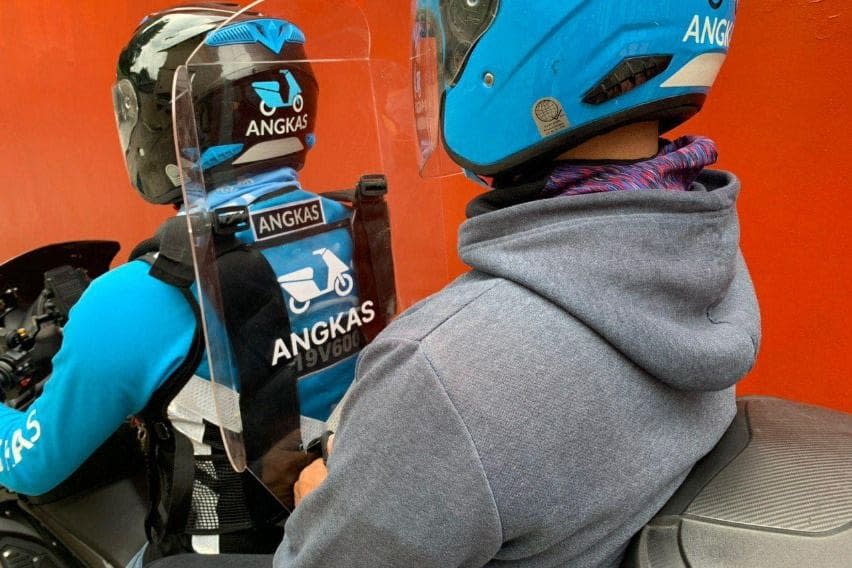 The new Airbus A220 is being eyed for use as a private jet. See inside a $91.5 million design with its own cinema suite and master bedroom