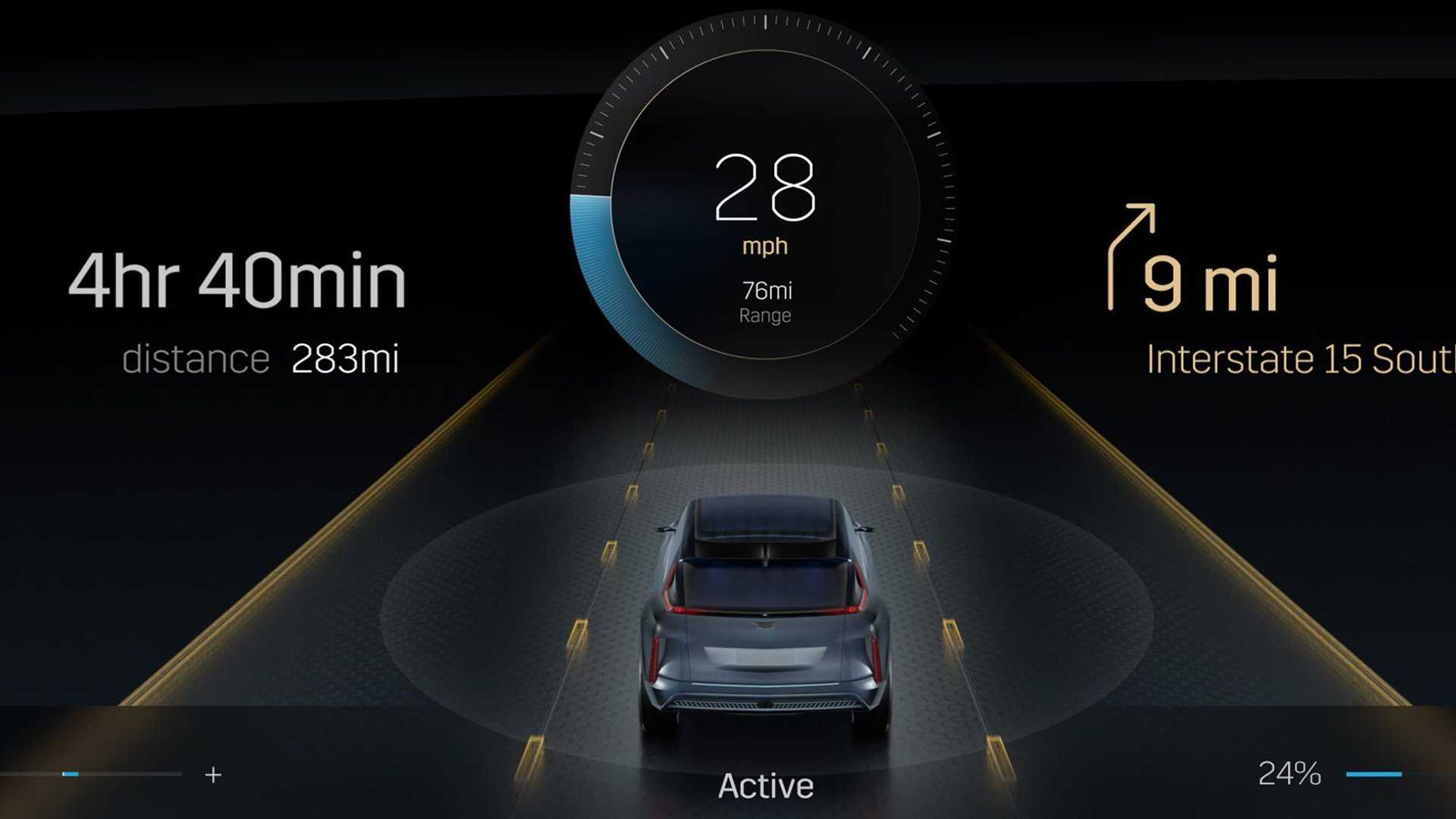 The display is a single piece of glass!

UPDATE: The gallery originally contained an image of the Escalade’s cabin. It is now removed.

The screens in vehicles are only getting larger. For a perfect example, check out the massive, single-piece display for the upcoming Caddilac Lyriq electric crossover. It measures 33 inches (838.2 millimeters) long and 5 inches (127 mm) tall. Electrek obtained this image of the massive infotainment system as part of an interview with Bill Thompson, the senior design manager for user interfaces at General Motors.

The Lyriq’s UI screen has three sections (see below), despite being a single piece of curved glass. The area farthest to the left has the controls for the lighting and heads-up display. A digital instrument cluster occupies the next area to the right, and then there’s a wide infotainment display. The system can also show a single, unified image when the Caddilac is stopped or charging, according to Electrek‘s interview.

The driver can control what’s on the instrument section with a rotary dial. The other two sections are touchscreens.

“We’ve built into the user interface to allow the customer to choose how much electrification information they want to have available to them at any given time,” Thompson told Electrek.

The Lyriq is able to recognize its driver upon entering the vehicle. It then shows details about the trip, including smart routing that takes the remaining range into account. When using the Super Cruise driving assist system messages about its status appear on the screen.

The Lyriq will ride on General Motors’ modular platform for electric vehicles. It’ll also pack the automaker’s new Ultium batteries that will support capacities from 50 kilowatt-hours to 200 kWh.

The Lyriq will have a full debut on August 6. Production will take place at the updated Detroit-Hamtramck Assembly Plant following the $2.2 billion investment to make the site a hub for EV assembly.