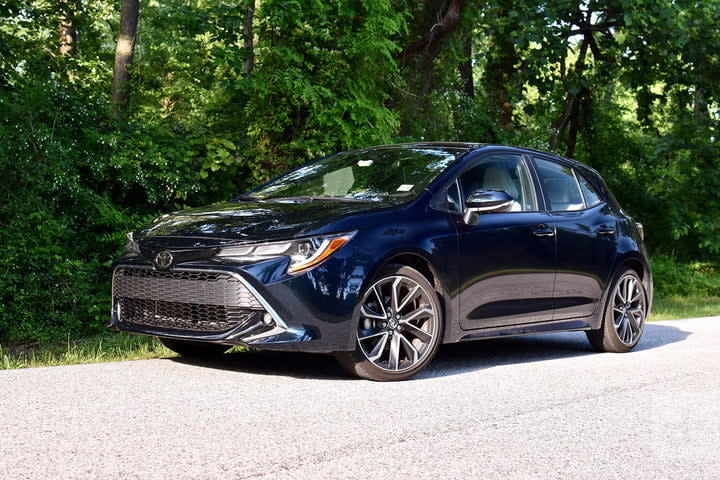 If you’ve already decided on Toyota for their incredible reliability and safety ratings, then next is choosing which sedan will suit you best.

The smaller Corolla is a popular choice due to the lower price tag, but the Camry offers a bit more space and luxury for the focused buyer. Both are available as a hybrid option, raising the gas mileage to over 50 miles per gallon. Now that we’ve caught your attention, here’s what else they deliver.

The Camry offers a wider range of available tech features than the Corolla, which is to be expected because it’s more expensive. It’s available with an updated version of Toyota’s Entune infotainment system, an in-car Wi-Fi hotspot, and a feature called Remote Connect which allows the driver to remotely lock or unlock the cars, keep track of maintenance, and set parameters for guest (or teen) drivers. Some of these features have trickled down to the Corolla, which is more high-tech than it has ever been, but note they’re not all available on the base model.

Both sedans come standard with a 7.0-inch touchscreen for the infotainment system, and the software is finally compatible with Android Auto and Apple CarPlay. Toyota rewards buyers who step up in the trim level hierarchy with an 8.0-inch touchscreen regardless of which nameplate they choose. The standard stereo is a six-speaker setup, but both cars are offered with a nine-speaker system at an extra cost. Navigation is optional, too.

The Corolla’s entry-level engine is a 1.8-liter four-cylinder tuned to deliver 139 horsepower and 126 pound-feet of torque. SE and XSE trim levels receive a bigger, 2.0-liter four that makes 169 hp and 151 lb-ft. of torque. Front-wheel drive comes standard across the board, only Mazda and Subaru offer all-wheel drive in this segment, but transmission options vary depending on displacement. The smaller engine is offered with either a six-speed manual transmission or a continuously variable transmission (CVT). The bigger engine is CVT-only.

If that’s not efficient enough, the Corolla is available with a 121-horsepower gasoline-electric hybrid powertrain that consists of a 1.8-liter four-cylinder and an electric motor. Fuel economy skyrockets to 53, 52, and 52, respectively.

The larger, pricier Camry comes standard with a 2.5-liter four-cylinder engine rated at 203 hp and 184 lb-ft. of torque, though those figures go up ever so slightly to 206 and 186, respectively, in the XSE model. Buyers seeking more power can select a 3.5-liter V6 with 301 hp and 266 lb-ft. of torque on tap. Front-wheel drive and an eight-speed automatic transmission come standard regardless of how many cylinders are under the hood, but the four-cylinder engine can be paired with a winter-taming all-wheel-drive system at an extra cost.

Fuel economy checks in at 21 mpg in the city, 41 mpg on the highway, and 34 mpg in a combined cycle for the four-cylinder engine. Select the six, and those figures drop to 22, 33, and 26, respectively.

The Camry has a hybrid option, too; it’s a Toyota, after all. Its gasoline-electric drivetrain is made up of a 2.5-liter four-cylinder engine and a small motor. The two power sources come together to deliver 208 horsepower while boosting city, highway, and combined fuel economy figures to 51, 52, and 53, respectively.

Both nameplates suffered from a reputation for extraordinary blandness, so designers worked hard to make the current-generation models more exciting than ever before. They may have gone a bit too far; we find the exterior design is a bit overwrought, but the final call is yours to make. The Camry’s interior is just as extroverted as its exterior; its dashboard is characterized by an S-shaped line that divides the center console in two sections. Stylists took the Corolla in a tamer direction with horizontal lines and a screen propped up on the dashboard.

Using a measuring tape highlights the difference between the compact and midsize segments. The compact Corolla measures 182.3 inches long, 70.1 inches wide, 56.5 inches tall, and it rides on a 106.3-inch wheelbase. Note those figures apply to the sedan detailed here; there’s also a hatchback model. The midsize Camry stretches to 192.7 inches in SE and XSE trims (192.1 inches in other trims), 72.4 inches wide, 56.9 inches tall, and rides on a 111.2-inch wheelbase. Simply put, the longer wheelbase clears up more space for people and gear in the cabin.

Both cars seat five passengers in relative comfort, but the Corolla has 88.6 cubic feet of interior volume, while the Camry has 100.4 cubic feet (99.3 cubic feet with a moon roof). The Camry also has 15.1 cubic feet of trunk space, compared to the Corolla’s 13.1 cubic feet. Oddly, both are considered midsize cars by the EPA.

Adding options beyond the base models means spending more, of course. If it’s a hybrid powertrain you’re after, plan on shelling out at least $23,100 for the Corolla and $28,430 for the Camry; electrification remains relatively expensive. Whether improved fuel economy is worth a few thousand extra dollars depends on how you drive, where you drive, and how much you’re currently paying for fuel. It may help to sketch out a few scenarios before springing for either Toyota sedan’s pricier hybrid model.

There are tons of other competitor models that measure up well against both the Toyota Camry and the Toyota Corolla.

Each of the rivals for the Corolla comes from either Asia or Europe, with the big three in Detroit bowing out of this particular segment of vehicles. That being said, our top rivals include the Honda Civic, the Subaru Impreza, the Volkswagen Jetta, the Mazda3, the Nissan Sentra, the Hyundai Elantra, and the Kia Forte.

As far as the Camry goes, we can narrow its competitors down to the Honda Accord, the Ford Fusion (while it lasts), the Subaru Legacy, the Volkswagen Passat, the Mazda 6, the Nissan Altima, the Hyundai Sonata, and the Kia Optima.

Whether you go with a Corolla or a Camry, you can rest assured knowing you’re in good hands with a Toyota sedan. When you dive into the features of both side by side, it makes it easier to make that final decision based on your driving style and needs. 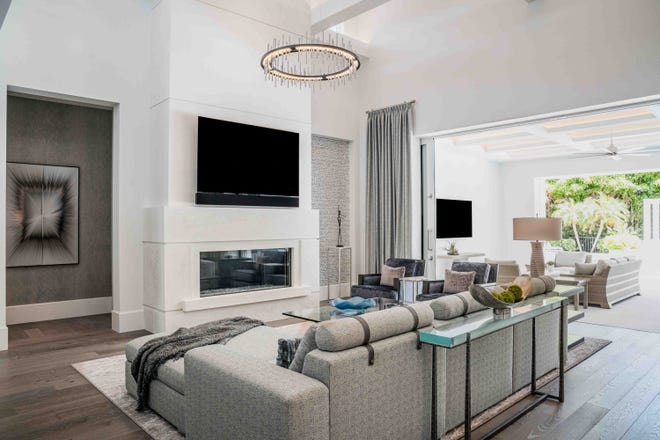