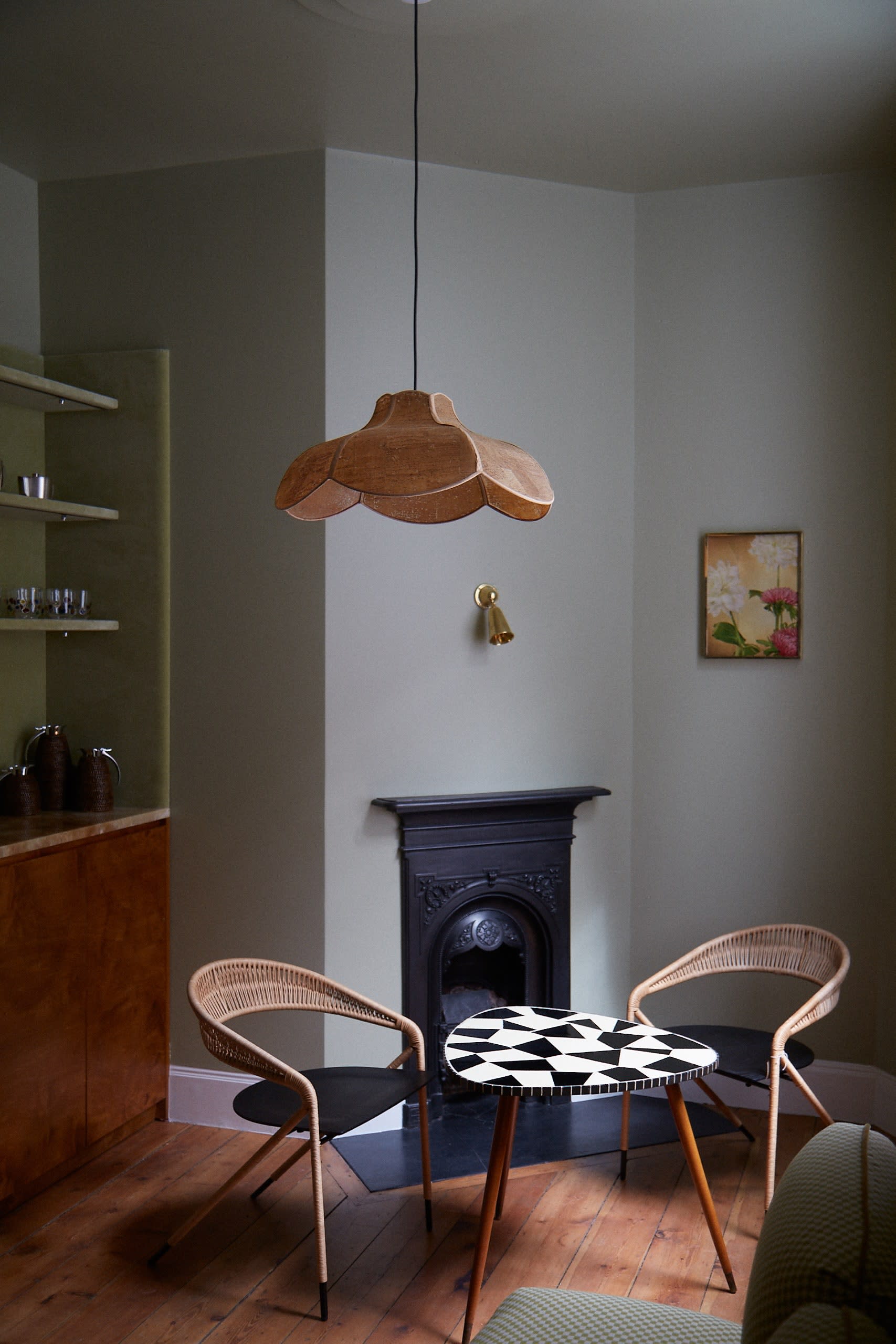 Crate and Barrel CEO Steps Down

Neela Montgomery is officially departing from her role as chief executive officer at Crate and Barrel. Montgomery reportedly told the board of her intention to do so at the end of last year. “It has been a pleasure to lead these amazing brands at Crate and CB2,” Montgomery said in a statement. “We have accelerated their strategic and operational capabilities as a digitally-forward, innovative retailer now positioned for the future. This is a passionate, talented team with a great platform for continued success. I thank them for their commitment and as I take on new challenges, I look forward to seeing their future achievements.” Her last day will be August 1.

Visual Comfort, Bernhardt Design, Simon Pearce, Farmhouse Pottery, and House of Rohl are among the latest showroom brands being added to Wayfair-owned Perigold’s e-commerce platform, joining a list that also includes Century Furniture, Janus et Cie, and others. “The Perigold team is thrilled to expand our roster of designer-trusted brands so we can better meet our shoppers’ needs, especially in the lighting, decor, and renovation categories,” Rebecca Ginns, general manager, said in a statement.

After 60 years, Contract magazine will close, with this month’s issue being its last in print. Online newsletters and coverage will continue through September 1. It will live on, in part, via the Contract Pavilion at ICFF, which will focus on the workplace of the future, and through owner Emerald Expositions’ related brands and sister publications, including Hospitality Design, Boutique Design, Healthcare Design, and Environments for Aging. The magazine shared a closing note online: “For more than half a century Contract has served as the voice of the commercial design market, covered the radically evolving workplace, featured thousands of stories, and honored the creative individuals and companies who make great design a reality every day. On behalf of all of us, thank you for being part of Contract’s enduring legacy. We look forward to serving you through our other design magazines and events.”

Little House Confections—an initiative born out of the COVID-19 crisis that bakes and sells olive oil cakes to support Covenant House of California—is partnering with the Haas Brothers on a special cake tin. The design features animal-esque figures hugging each other. “We’re always excited for the opportunity to raise money for a good cause,” Nikolai Haas said in a statement. “It feels great to be a part of brightening anyone’s day right now.”

In Pursuit of a More Just World

A New Initiative Asks: Where Are the Black Designers?

A new initiative known as Where Are the Black Designers is ready to make waves by facilitating dialogue within the industry. The organization takes Cheryl D. Miller’s 1987 Print magazine article, “Black Designers: Missing in Action,” as its starting point, while aiming to help create a platform for people of color. The organization held a virtual conference on June 27, and certain panels are available to view on YouTube. As of now, its Instagram account has more than 30,000 followers, but that number is sure to only continue to grow.

Field and Supply Is Set to Go Digital

The name of its new incarnation? Field + Supply Virtual MRKT. Interior designer and Field + Supply founder Brad Ford explains of the July 16–19 event: “The Virtual MRKT is much more than simply an e-commerce platform; it’s about creating an emotional connection and rich content experience. Like the live event, our goal is to cultivate and support a community that shares a love of fine craftsmanship and great storytelling across a wide range of products and categories.” Ford also adds that the event will include a live video contact feature that will enable makers to speak directly to shoppers about their process and products.

London’s beloved Shreeji News has reopened with a beautifully refreshed look, in partnership with Graydon Carter’s Air Mail. The purveyor of magazines and more was first founded in 1982, but recently teamed up with Gabriel Chipperfield in order to reimagine its own look. “It is seldom to have the opportunity to really let your imagination run wild,” Chipperfield said in a statement. “Designing this shop was a fun and special opportunity.” Laura de Gunzburg, an Air Mail editor and authority on the art world as well as Chipperfield’s wife, spearheaded the interior design. The store will now sell various design goods (think Cabana tableware) and host a handful of periodic pop-ups. “We hope to have this be a melting pot of our many interests—a space where we can promote dialogue on design, art, culture, travel, and so on,” says de Gunzburg.

According to the luxury bath and kitchen company, its Manhattan showroom is set to reopen this fall will an even larger floor plan. Peter Sallick, CEO and creative director of Waterworks, said in a statement: “New York City is a cornerstone of the Waterworks story. Since its founding, our company has been a part of this dynamic and rich design community. We’re now honoring that history by reinvesting in, and significantly expanding, our flagship showroom on 58th Street. Coming at this moment, when the entire city—including our colleagues in the design field—have been through so much, we’re proud to reaffirm our love for Manhattan and our commitment to clients who live and work there.”

Since Berlin-based Functional Art Gallery started showing the work of OrtaMiklos last year, the French-Danish duo has captured the attention of the design world with their freewheeling furniture, which they have dubbed “ignorant design.” Now, Leo Orta and Victor Miklos Andersen, who met at Design Academy Eindhoven, are making their Stateside debut at New York’s Friedman Benda gallery with “OrtaMiklos: 6 acts of confinement.” The show, which will run through July 31, is a contemplation of their time in lockdown. It features their own otherworldly functional work (think: tree-like floor lamps draped with bulbs and seats made from electrical cords) alongside a curated selection of other artworks.

And while this is a real exhibition that you can visit in person at the New York gallery, the designers have braided the IRL showcase with an online performance. In collaboration with digital artist Janis Melderis, composer Amédée De Murcia, and writer Richard Johnston Jones, OrtaMiklos will digitally occupy the Temple of Dendur, the ancient monument that now sits in the Metropolitan Museum of Art, starting July 18.

The Liberty Bell Gets Newfound Meaning

On July 4, artist Nancy Baker Cahill will unveil Liberty Bell, a 21st-century reimagining of the historic Philadelphia landmark. Commissioned by the Art Production Fund and presented in partnership with 7G Foundation and the Jamaica Bay-Rockaway Parks Conservancy, the animated and richly sonorous augmented reality can be experienced simultaneously at a series of six sites—in Boston; Philadelphia; Charleston, South Carolina; Rockaway, New York; Selma, Alabama; and Washington, D.C.—and via the free 4th Wall app.

As the artist notes, it comes at a particularly resonant time in American history: “From its origins in [our society], liberty was only available to a certain demographic and came at great expense to others,” she says. “You can’t have a conversation about freedom and not talk about the history of slavery and inequality in the United States. A bell can be a warning or a celebration; something spiritual or a wordless means of communication. In an age of pandemic, surveillance, injustice, and disinformation, who is actually free? That’s the conversation we need to have.”