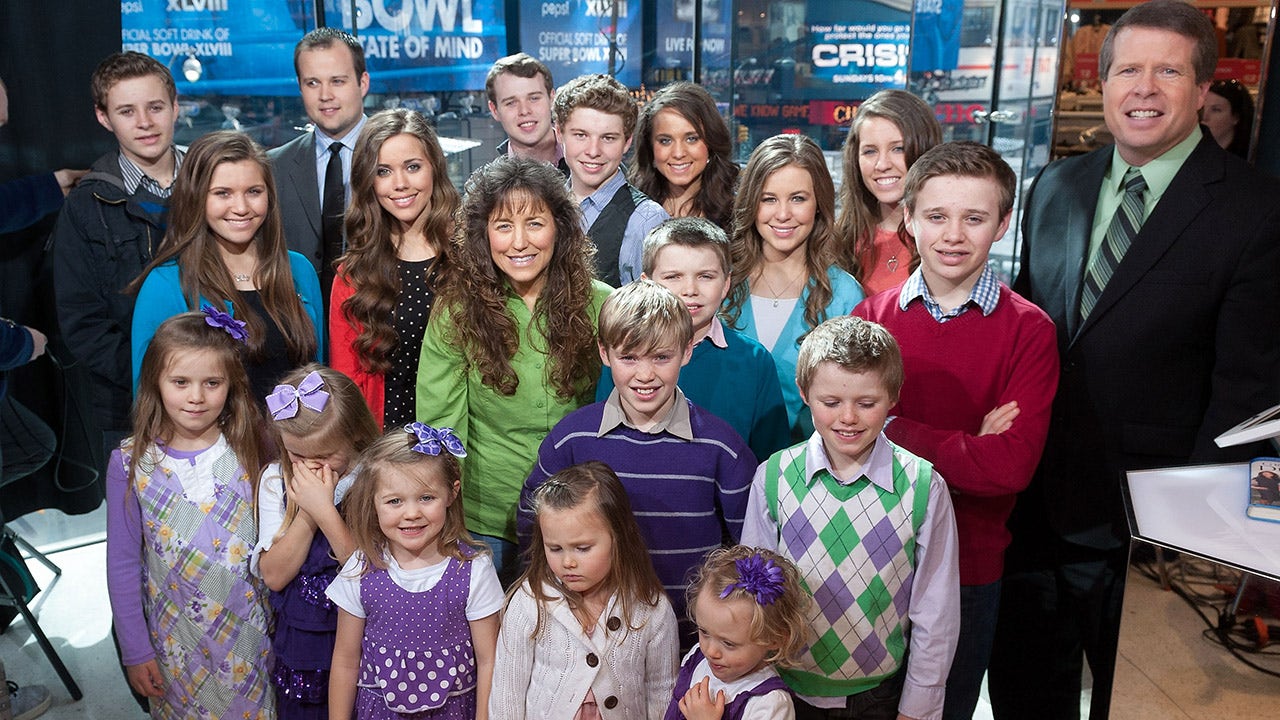 The Duggar family skyrocketed to fame years ago thanks to their TLC show “19 Kids and Counting,” which documented Michelle and Jim Bob Duggar‘s life in Arkansas living under one roof with their 19 children.

The matriarch and patriarch of the oversized family wed in 1984. They welcomed 19 children in the years following, with their eldest, son Josh Duggar, being born four years after they tied the knot, and their youngest, Josie Duggar, joining the brood in 2009.

“19 Kids and Counting” was pulled from TLC following Josh’s molestation scandal that came to light in 2015. However, some older siblings and their significant others landed the spinoff “Counting On,” which is no longer on air either.

The Duggar parents released a statement responding to news of the show’s cancellation on their official family blog in July.

“It is hard to believe that more than 17 years have passed since we were first contacted by a production company wanting to do a one-hour documentary about the logistics of raising 14 children. Our family has grown (and grown up!) before our eyes and on national television, and the journey has been miraculous—following God is an exciting adventure!”

“Over the years, some of our most treasured moments have been those when we met children across the country who are alive today because of our testimony that children are a blessing—a special gift from God—and that the only real hope for individuals and families is a close relationship with Jesus Christ,” the statement continues.

The couple called it an “amazing honor” to share their lives and faith with viewers, “including some of the most difficult and painful moments our family has ever faced.”

The couple added that they’re looking ahead “to all the new adventures and endeavors that may come our way, and with so many grown children and wonderful grandchildren, we know our love will only continue to multiply!”

The Duggar family has come into the spotlight once again in recent weeks due to Josh’s ongoing trial. Josh, 33, is charged with receiving and possessing child pornography and faces up to 20 years in prison on each count if convicted. His federal trial began last week in northwest Arkansas.

Anna and Josh Duggar share 7 kids. Josh, 33, is currently on trial for charges of receiving and possessing child pornography. He has pleaded not guilty.
(Kris Connor)

Despite the charges, Josh’s wife Anna, who recently welcomed their seventh child together, has been supporting Josh at trial by attending the hearings daily. Each day that Josh arrives to the courthouse, Anna has been seen holding his hand and walking next to her husband.

Jana, 31, is known as the Duggar family member who has a green thumb and enjoys interior design. She often takes on projects at the family’s massive compound as documented on their former reality show. Jana is one of the few elder Duggar children who has yet to settle down and tie the knot. On the family’s official website, she describes herself as being a lover of plants who tends to the family garden. “I love interior design, renovation, and all things DIY. And with so many family members into flipping houses, construction and real estate, I’m never short on opportunities to do what I love! It seems I’m usually juggling several projects at one time, and I love that I get to spend so much of my time with the people I love most,” the website states.

John-David Duggar, 31, is Jana’s twin. He married his wife, Abbie Burnett, in 2018. They welcome a daughter named Gracie in 2020. John is a pilot and Abbie is a licensed practical nurse.

Jill, 30, is a mother of two with her husband, Derick Dillard. Jill is the fourth born in the family and works as a certified professional midwife. Derick, meanwhile, went to Oklahoma State University and received a bachelor’s degree in accounting. He is now a student at the University of Arkansas school of Law. They share sons Israel and Samuel.

Jessa, 29, is married to Ben Seewald. Jessa says on the family’s website that she enjoys teaming up with Jana on interior design projects. Jessa and Ben are likely always busy given they are parents to four little ones: sons Spurgeon and Henry and daughters Ivy and Fern.

Jinger, 27, is one of the few Duggar children who have left their home state of Arkansas after marriage. She currently resides in Los Angeles, Calif. with her husband Jeremy Vuolo. The duo are parents to daughters Felicity Nicole and Evangeline Jo.

Joseph, 26, is married to wife Kendra Caldwell. Like many other Duggars, Joseph works in real estate and has his real estate broker’s license. The two have three children: Garrett, Addison, and Brooklyn.

Next is Josiah, 25, who wed Lauren Swanson in 2018. The couple are parents to a little girl named Bella. When he isn’t building homes as a contractor, Josiah is also a pilot and a car dealer, according to the family’s website.

Josh Dugger, former star of ’19 Kids and Counting,’ was arrested by authorities in Arkansas in April.
(Washington County Police Department)

Joy-Anna Duggar is a mother of two with her husband, Austin Forsyth. They share son Giedeon and daughter Evelyn Mae. Joy-Anna is passionate about helping Austin with home remodeling projects.

Jedidiah, 22, is married to Katey Nakatsu. They tied the knot on April 3, 2021. Jedidiah, who also goes by “Jed,” has dabbled in politics, having served as a legislative assistant at the Arkansas State Capitol. He went on to run for state representative in Springdale, Arkansas, where the family is from. It appears he takes after his father, Jim Bob, who is currently running for the Arkansas state senate.

Jedidiah is also Jeremiah’s twin. Jeremiah recently became a certified flight instructor. Jason, 21, is a licensed contractor and is busy building homes as well as some of his other siblings.