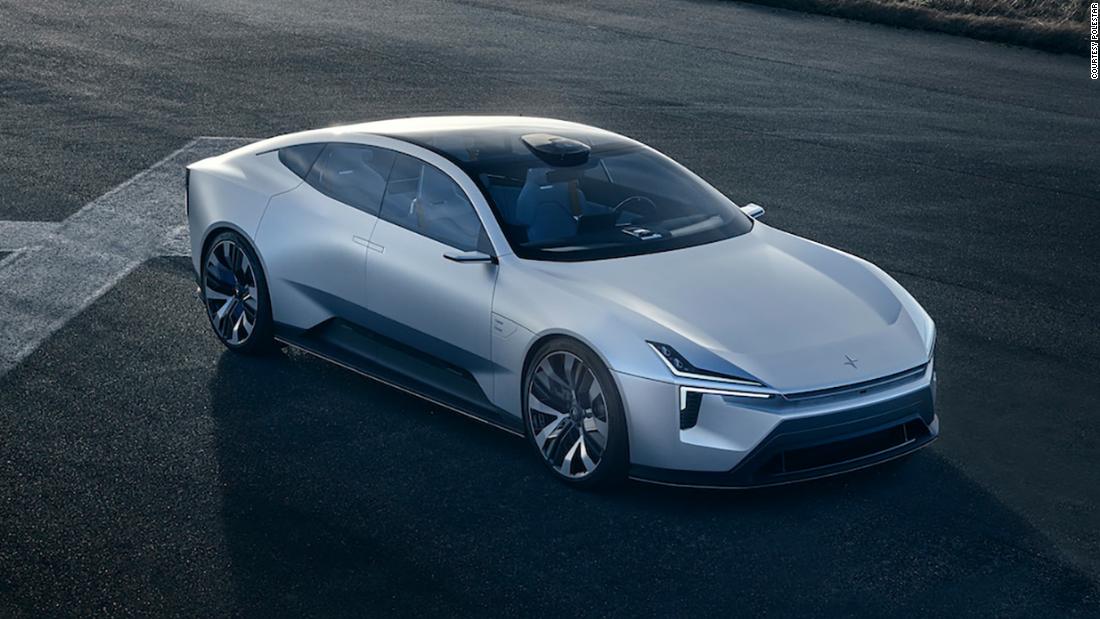 With its first two cars now on the market and more dealerships opening up, Polestar is carving out a clear identity as a Swedish luxury car brand that is not just making electric Volvos. (Volvo, meanwhile, is making its own electric cars.) One thing Polestar will not be, CEO Thomas Ingenlath makes clear, is a “Tesla killer.” Polestar, he says, will keep its focus.

Polestar is one brand in the stable of Polestar’s other parent company — and Volvo’s owner — Geely. The China-based company owns half of Polestar while also owning all of Volvo, which in its own right owns the other half of Polestar. (Yes, it’s confusing.)

At a glance, Polestar’s first two cars, called simply the Polestar 1 and the Polestar 2, look very much like electric Volvos. It shouldn’t be surprising. The Polestar 1 is a long and expensive — prices start at over $155,000 — two-door car that was modeled closely on 2012’s Volvo Concept Coupe. From the outside, it looks a bit like someone wrapped the skin of a Volvo S90 sedan around the skeleton of a two-door Aston Martin. That fairly well describes the way it drives, as well.

A plug-in hybrid — all the rest of Polestar’s cars will be fully electric — the Polestar 1 provides strong and balanced performance with a relaxing, laid-back feel. The interior design would be instantly recognizable to anyone who’s been in any new Volvo model. There’s that polygonal shifter made from crystal just like in top-end Volvos. There’s also that big touch screen with its attractive, but somewhat awkward, graphical interface.

Then there’s the Polestar 2 which is, by far, the more important of the two. While the Polestar 1 is an attention grabbing design exercise — it garnered lots of compliments from passersby — the far more affordable all-electric Polestar 2 will sell in larger numbers, and it represents what the brand is really after.

It’s also the closest thing on the market today to a Tesla Model 3 competitor. With a starting price around $60,000, it’s a bit more expensive. Like a Tesla, it doesn’t require a start button to “turn on” before you start driving. You just get in with your key or your phone (with the appropriate app installed) and you’re ready to go.

Unlike Tesla, though, the Polestar 2 doesn’t entirely eschew physical buttons and knobs inside although it does have a large center screen. The screen-based user interface, created by Google, is also a big improvement over Volvo’s version or, for that matter, Tesla’s. The Polestar 2 is quick, handles well and drives nicely. And it’s attractive in a traditional sedan sort of way.

There is a notable lack of chrome on Polestar’s cars. Even the four-pointed Polestar badges aren’t chrome, they are body colored or a tastefully muted contrasting tone. Just behind the front wheel wells, where some cars have a shiny badge or the model name in chrome letters, Polestar cars have something that looks a care-and-washing label on a t-shirt. Small black letters spell out the model and technical details like the battery size in kilowatt hours. On prototypes at car shows these letters were painted on, so I was disappointed to see this feature had become a clear sticker on production cars, largely ruining the tasteful understatement.

One thing a buyer might want is something that doesn’t look so much like, you know, a Volvo. That’s where the Polestar Precept comes in.

Sporty and sleek, the Precept concept car looks nothing like a flat-sided box-nosed Volvo. The Precept was supposed to have been unveiled at the Geneva Motor Show last March. That event was canceled due to the coranavirus pandemic, so the Precept had its coming out online instead.

It provides a preview of what future Polestar models will look like. The Polestar 3, an electric crossover SUV, will carry the Precept’s sports car style. Polestar also recently announced that another car, not yet given a number, will be modeled directly on the Precept.

Despite its distinctive shape, the Precept maintains a Scandinavian aesthetic. CEO Thomas Ingentlath was formerly head of design at Volvo and understands that language well. The lines are deeply sculptured but clean and simple. The lights retain the “Thor’s Hammer” T-shape seen in Volvo’s headlights but with a narrower, pared down look. There was also an emphasis on using readily renewable or recycled materials on the interior. Surfaces that might be covered in leather, wood or carbon fiber in other cars, for instance, are covered in woven flax fibers.

Even while its cars are being built in a Chinese factories Polestar still clearly wants to be seen as a Scandinavian company. Its corporate headquarters is in Gothenburg, Sweden, just a few minutes away from Volvo’s. Scandinavian design, antiseptically simple, infuses even the headquarters building, a four-story ice-white cube with additional office space snaking out behind it.

Polestar will still rely on Volvo for some things. In the US, for instance, Polestar will have its own showrooms but the cars will be serviced at Volvo dealerships. Cars will be picked up from customers, taken for service and returned, though, so that Volvo connection will be largely invisible to customers, Polestar spokespeople said.

Polestar has also set up its own research and development center in Coventry, England. This will allow Polestar to concentrate more on its own technical challenges instead of just drawing from Volvo and Geely, said Ingenlath. Polestar will continue to draw from the broader family for components that don’t differentiate the brand while its researchers and engineers, while researching in new areas, also find ways to improve on or alter what the group offers.

“If we compare that with the a cook trying to create a great meal,” said Ingelnath. “I mean, there are the ingredients and you can really play with and create something that has that special character but at the same time you do not have to grow everything yourself in your own garden.”

Ultimately, he said, Polestar does not want to get drawn into trying to make a vehicle for every customer. Ingelnatch is not interested in making a $25,000 car like Tesla. Polestar, he said, will remain electric but also somewhat elusive.