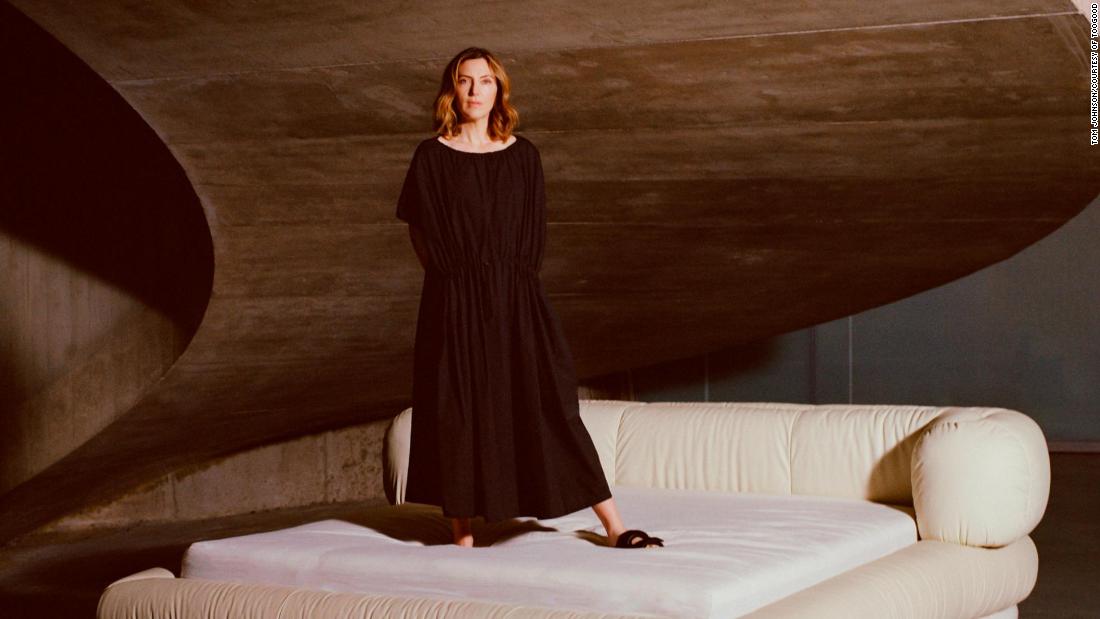 While most childhood aspirations don’t often play out in adult life, Faye Toogood realized her early dreams of becoming a sculptor and then some. Today her multidisciplinary practice, which she runs out of a studio in London, spans sculpture, interior design, product design and fashion.

Toogood was first inspired by one of Britain’s most treasured modernist sculptors, the late Barbara Hepworth, during a family trip to a museum dedicated to her in St. Ives in the southwest of England.

But in a classic tale of near-misses, a teacher at school told her it wasn’t a good idea to become a sculptor and that she should broaden her scope. So instead, Toogood earned her degree in art history and started her career as an editor for World of Interiors magazine, stepping stones that would eventually lead her back to that early desire to sculpt.

With a renewed desire to work in 3D, she launched Studio Toogood in 2008, designing interiors for homes and retail spaces first and then adding what she refers to simply as “objects,” to her repertoire. The fashion came in 2013, when she launched a clothing collection with her sister Erica, a pattern cutter, who continues to work with her today.
Their debut line was a series of eight canvas coats all named after different working trades including the doorman, the chemist, the oil rigger and the photographer — a theme she continues to play with now. On her website today, you can purchase a pair of trousers seemingly fashioned for a baker or a dress designed with an astrologer in mind. There’s also a hat named after a tinker, a label she sometimes uses to describe herself.

A pair of canvas coats designed by the Toogood sisters for their debut collection in 2013. Credit: Marius Hansen/Courtesy of TOOGOOD

“It’s been an amazing story really,” she said via video call, reflecting back on the 15 collections of clothing she’s created since the start, “a journey of two sisters coming together — one a sculptor and bit of a tinker, the other a tailor, to make something.”

Making things was a big part of the Toogood upbringing.

“I think that when you’re a child you accept your childhood as the norm. But now, in hindsight, I realized that it was more alternative,” she said. “My mother made everything — from all the clothes that we wore to the muesli that we ate, (to) the bread that she baked. She made the curtains, she painted everything herself.”

Her father was an ornithologist (an expert in birds) and as Toogood remembers it, they spent most of their time outdoors in nature. “I think that harbored a high imagination, a strong imagination, for both me and my sister.”

Today, a little bit of that youthful spirit is woven into the Toogood practice. Her team of some 20 employees — including architects, fashion designers, graphic designers and sculptors, who she fondly refers to as a “band of outsiders,” or a “series of misfits” — approach design in a holistic way, often beginning with constructing shapes out of basic materials in lieu of sketching or creating digital designs.

Before the pandemic hit Europe last year, Toogood was commissioned by Birkenstock to design what has since become a large capsule collection of shoes, clothing and even a bed.

She remembers visiting the Birkenstock headquarters in Germany early on in the collaboration to present some initial designs, with a box of paper, cardboard and fabric shoes (all handmade and hand-stitched) in tow. “We did a series of sculptures and paintings, all as background (for concepts),” she said. “We don’t tend to draw in our studio, we go straight to making, and as innocent or as childlike as it is I find it works the best when talking to manufacturers. They get the idea, they get the narrative, they immediately get the concept … so (Birkenstock) loved it!”

The capsule, which is out now, comprises three different sandals recut, from some of the brand’s signature styles, like the Arizona, as well as casual clothing in muted, elemental shades. The bed is a large sculptural design inspired by the classic Birkenstock footbed, the base of the sandal, with its puffed layers of canvas and leather upholstery sitting on a cork foundation.

For those that don’t know Toogood’s work, the collection reflects her wider ethos and aesthetic. Her designs, be they furniture or fashion, are rooted in fairly rudimentary ideas — materials and shapes are simple, fuss-free but always striking. It’s the type of design you want to run your hand over for all its alluring rounds. Much like a Hepworth sculpture.

Similarly soothing is the studio’s new “Dough” ceramics range — a mug, a pitcher, a wide bowl and a platter — defined by curved edges that seem to mimic a gently rising ball of kneaded flour and water. They express simplicity, comfort and perhaps a kind of calm or wholesomeness that we’ve all been looking for in our homes during the pandemic.

“Our relationship to our home couldn’t be more poignant,” she said. “It’s no wonder that the home business and the home world is having a huge renaissance right now.”

Toogood appreciates that her products aren’t affordable for everyone. It’s “couture design” for the most part — and her role, as she sees it, is to push boundaries and come up with concepts that will be emulated, eventually ending up on everyday tables at home, although she notes that collaborations with partners like Birkenstock do make some of her products more accessible and that she is working on other ways to lower the pricing on some of her designs.

When asked to name the most affordable design trick to transform any home, she was quick to respond: paint.

“It sounds really obvious but (buying) pots of paint is the most transformative thing you can do in your home right now…and be courageous with it!”

But, regardless of budget, she believes in the fundamental power of design, as a way to improve a home’s environment. “Having grown up in a make-do-and-mend household I’m a great believer that you can make things beautiful.

“You have to have the imagination and you have to put in a bit more time… but you can create a unique space.”