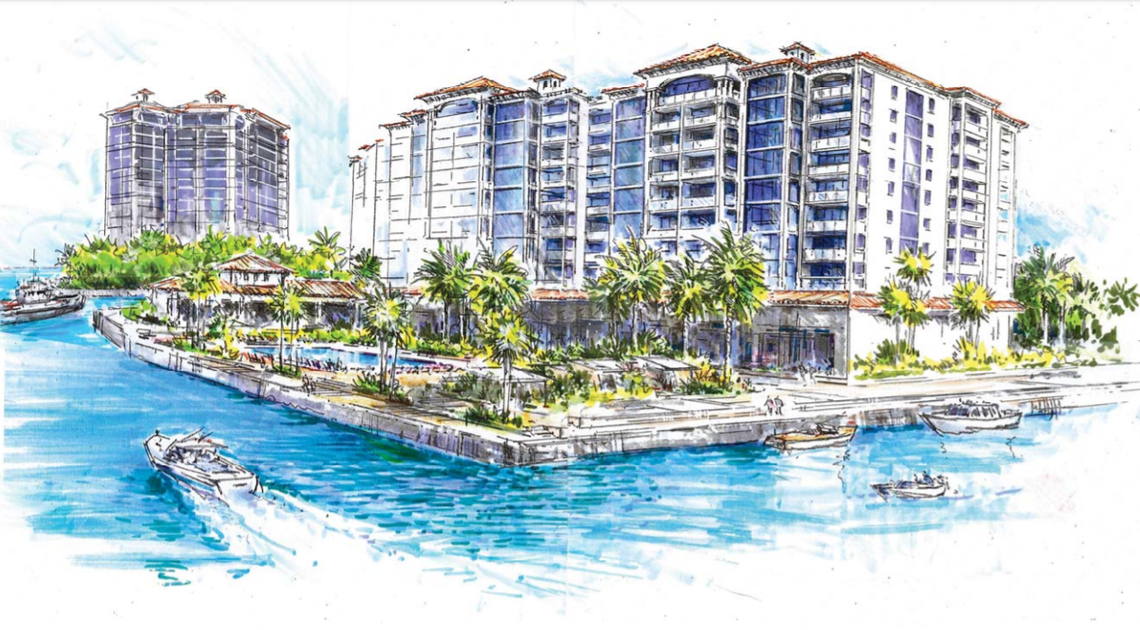 The Miami-Dade County Commission approved a plan last week that would bring the total number of residences on the private, 216-acre island to about 800 condo units and about 20 single-family homes.

Approval clears the way for completion of a deal that gives a portion of Fisher Island’s golf course and its current ferry landing to Fisher Island Holdings, which is developing the new residences. Two island residents are officers of the development firm: Heinrich von Hanau and Mark Reid, a board member of the Fisher Island Community Association.

Under the deal, the terminal for the ferry — the only public access to the exclusive island, one of the nation’s wealthiest ZIP codes — will be moved to the northwest side of the island.

Construction of the new residences is slated to begin in 2022, with completion in 2025, according to Kobi Karp, founder and principal of the Miami-based Kobi Karp Architecture & Interior Design, project architect.

Fisher Island Holdings and Greenberg Traurig, which represented the firm in the approval process, did not respond.

The new construction is expected to cost up to $1,000 per square foot, Karp said.

That will put pricing — not yet disclosed — above many recent sales. Of the 42 Fisher Island sales in the last 12 months, 25 sold for less than $1,000 per square foot.

“Demand will be based on the value that the buyer perceives in comparison to other available units on Fisher Island and off Fisher Island,” said Ron Shuffield, CEO of Berkshire Hathaway HomeServices EWM Realty.

Currently, 97 Fisher Island units are listed for sale, according to the Multiple Listing Services, or MLS. That equates to a 12- to 18-month supply, said Shuffield — comparable to supply elsewhere in the county, where condos are selling more slowly than single-family homes.

Shuffield said the additional units probably won’t affect resale prices of existing units. “If these units are going to be priced more expensively, then it might help these other units [on the island], because it may draw buyers to them. If they are less in price, it may compete [with existing inventory.]”