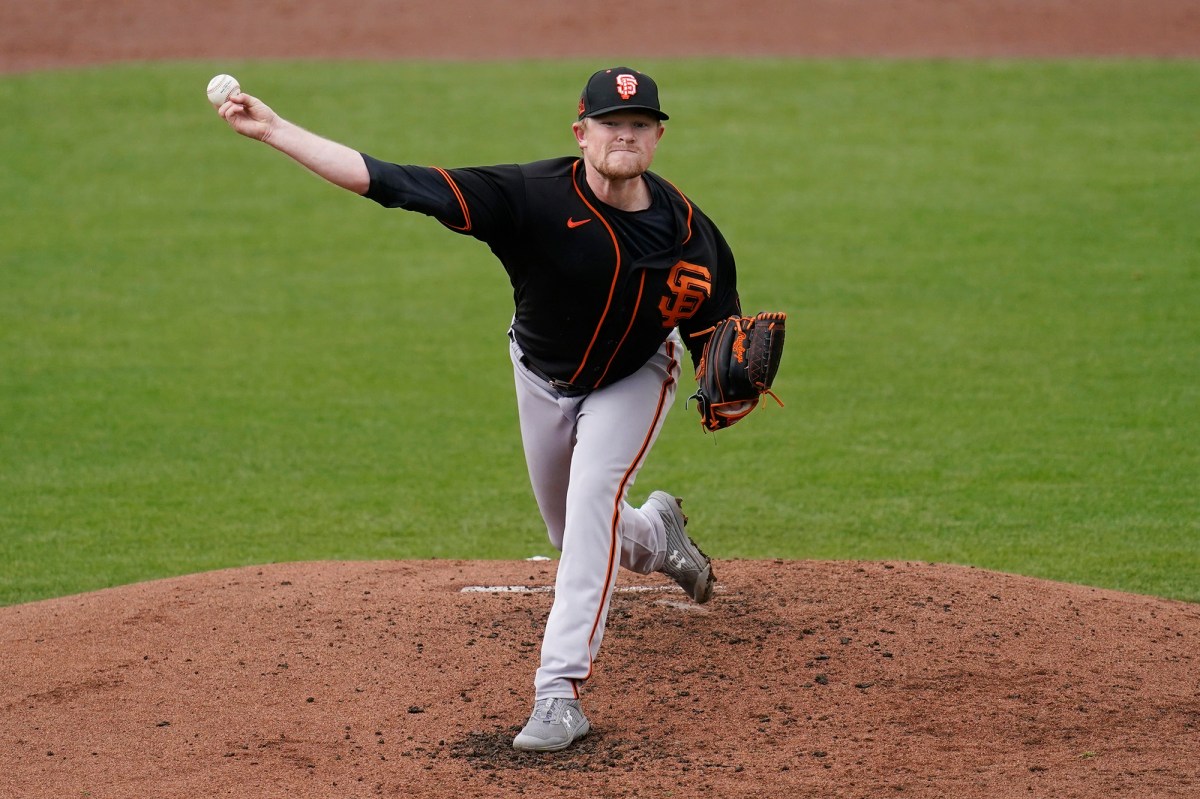 Since spring training stats don’t count for anything, they seemingly have as much meaning as getting interior design advice from your butcher. (Unless, of course, you’re going to a butcher who happens to have a side hustle as an interior designer, and he or she gives you a free pork butt with every daybed sofa you purchase. Hey, it can happen, right?)

Though the numbers don’t count, can we still learn something about unheralded players who had incredible springs? Roto Rage believes so.

So, why the heck are we talking about him?

Well, when a pitcher has 0.55 ERA with a 22-2 strikeout-to-walk rate, 0.53 WHIP and a .119 opponent average over 17 spring innings, he is bound to garner some attention — even more so after he makes the team and is scheduled to start the third game of the season (that’s also partly because of an injury to Alex Wood).

Roto Rage is not claiming Webb will be a Cy Young candidate based on his spring performance, nor is it being suggested he should be picked up immediately. What is being suggested, however, is using that little flag next to Webb’s name and add him to your watch list.

The key to whether he makes it off your watch list and earns a spot in your rotation may be dependent on the continued development and use of his changeup, which he used to dominate competition this spring.

It’s a pitch he has used about 26.5 percent of the time with some success over his big league career, holding opponents to a .248 average (.230 in 2020). Of his 83 major league punchouts, 25 have come via the changeup. He also has a 13.5 percent swinging-strike rate against the pitch, by far the best rate of any pitch in his repertoire.

If Webb ups the usage rate on his changeup, continues using his curveball (opponents have hit .177 with 27 whiffs in his two seasons) and stops relying on his mid-90s fastball (a pitch he has used more than 50 percent of the time and opponents have crushed to the tune of a .346 average), he starts to become an intriguing fantasy option.

Also important: This is a developing young pitcher. He’s just 24 years old, so he has room to grow. It doesn’t hurt that over the course of his time in the majors, his FIP has been considerably lower than his ERA (we’re talking more than a full point lower), which means he has been unlucky.

Webb is rostered in fewer than 10 percent of ESPN leagues, so he’s not exactly a hot commodity … yet. If his magical spring starts rolling into the regular season, that might be a different case in the weeks to come. Keep an eye on him.

One other youngster worth keeping tabs on: the Marlins’ Trevor Rogers.

The 23-year-old looked like a different pitcher this spring. He went 3-0 with a 2.84 ERA, 0.95 WHIP, 29-5 strikeout-to-walk rate and a .191 opponent average. He’s owned in fewer than 20 percent of ESPN leagues and should be a key cog in a solid young Miami rotation with Sandy Alcantara, Pablo Lopez, Sixto Sanchez and Elieser Hernandez. Watch him.

After maintaining a 1.33 ERA and striking out 27 over 20 ¹/₃ spring innings, he took a no-decision while striking out seven over six scoreless innings in Miami’s opener.

There was some good (like stealing five bases and driving in eight runs), but there was far more bad (like his .211 average, .599 OPS and the fact he struck out 25 times).

Despite a solid strikeout-to-walk rate (24-6), opponents hit .281 against him, he allowed 17 earned runs and a league-worst nine homers.

Managed to strike out 25 batters, but allowed 20 earned runs over 21 innings (8.57 ERA), both the worst marks in the majors. He also walked 11 and allowed opponents to hit .299 against him.

Team Name Of The Week