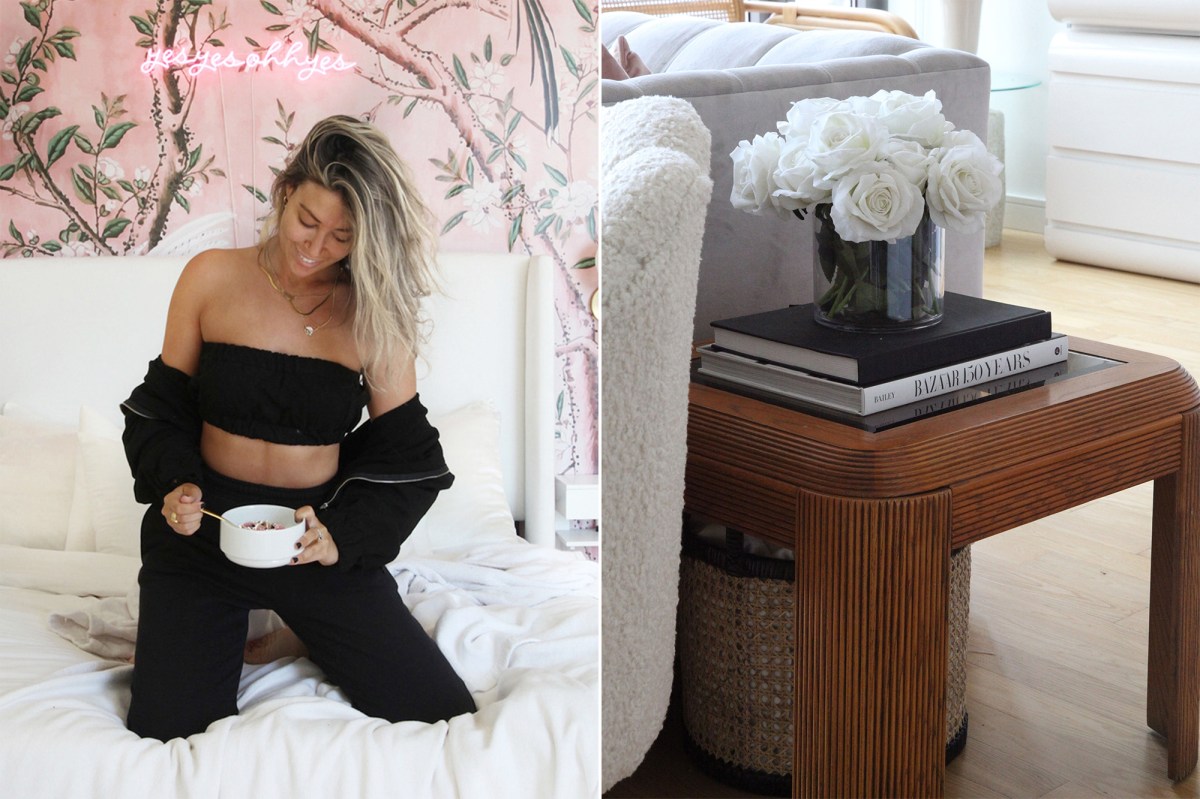 Stunning interior design might only seem possible for homeowners with big budgets. But Chelsey Brown is proof that’s not the case. The influencer and blogger recently moved into a new studio in NoMad and outfitted it with HGTV-worthy decor on the cheap.

“This new apartment is pretty much an extension of what I preach to people,” Brown, 27, told The Post. “My blog is all about how to decorate small rental spaces. So I wanted to mirror that with my own home and show people that just because you live in a rental doesn’t mean it can’t be your dream home.”

With $3,000, the former TV producer and blogger at City Chic Decor turned a 500-square-foot white box into a place with personality that blends vintage, bohemian and art deco styles.

“I get many of my pieces at vintage stores, on Facebook Marketplace or on Craigslist to save money,” said Brown, the author of “Rental Style,” published earlier this summer. “I also have a rule that I have to sell something to earn cash to pay for a new item I’m bringing in. It’s a good rule for anyone to follow who thinks they don’t have enough money to buy new furniture.”

In addition to having a keen eye for finding standout pieces, Brown is also known for her DIY hacks. For example, she leaned an oversize gold mirror against the wall by her entryway and placed $5 LED strip that changes colors behind it.

“It made a vintage piece more modern,” she said. “A normal mirror became something you’d find in a museum, and it just took a few dollars.”

But it’s the sconces ($58.99) on either side of her bed that are her favorite upgrade. The trick, as Brown explains in a blog post, is to use a battery-operated puck light ($17.99 for six, named as such because it’s shaped like a hockey puck) that’s controlled by a remote. That way, wires don’t need to be run down or inside the walls.

The native Virginian also manages to find ways to add eye-catching elements not commonly found in rentals. “A lot of people think they can’t hang real wallpaper or install wainscoting because it’s too permanent and could damage the walls,” said Brown. “But there are simple tricks like using liquid starch to put up the wallpaper and hanging lightweight wall panels with Command strips and Velcro to create the wainscotting trim.”

The result is a beautiful studio, which costs around $3,000 a month, complete with an ethereal millennial pink color scheme. Rosy floral wallpaper (from $89) adorns the wall behind the crisp white bed, and a neon pink sign that reads “yes yes ohh yes” ($184.99) hangs above. A gold-patterned wall divider ($349) separates the sleeping nook from the living space. There’s a white couch, a cream scallop-edged chair ($399.99), vintage photos and a TV console ($898) with a peach-colored dowel piece Brown made above it.

A wood side table ($65) and a dresser were found at vintage stores in Brooklyn; the TV console is from Anthropologie ($600); the rattan chair is from Urban Outfitters ($379); the sofa from Apartment 2B ($3,198) was a carry-over from her previous apartment in the Flatiron District.

She made the move from a smaller one-bedroom because she wanted better storage, more open space for her Cavapoo pup Seymour and natural light.

“The view of the Empire State Building is spectacular and something I just couldn’t pass up, especially because I work from home,” she said.

After working for five years as a producer on the “Dr. Oz” show, Brown quit in March to work on her own business full time.

While she still takes on the occasional freelance producing gig, the burgeoning entrepreneur is now dedicated to her blog, promoting brand partnerships on social media (she has more than 30,000 followers on Instagram @CityChicDecor), and decorating virtually for clients. She also has another book in the works.

“I love what I’m doing because people are constantly messaging me asking for my advice or saying I’ve inspired them,” said Brown. “I never imagined I’d be in a position where my content would change people’s lives and make them excited to come every day.”

“I think that’s really special,” said the blogger, who admits she’s currently single, “and that’s worth giving up a social and dating life for.”

This story appeared in the New York Post print editions on Sept. 3.

Art Museums Near Me