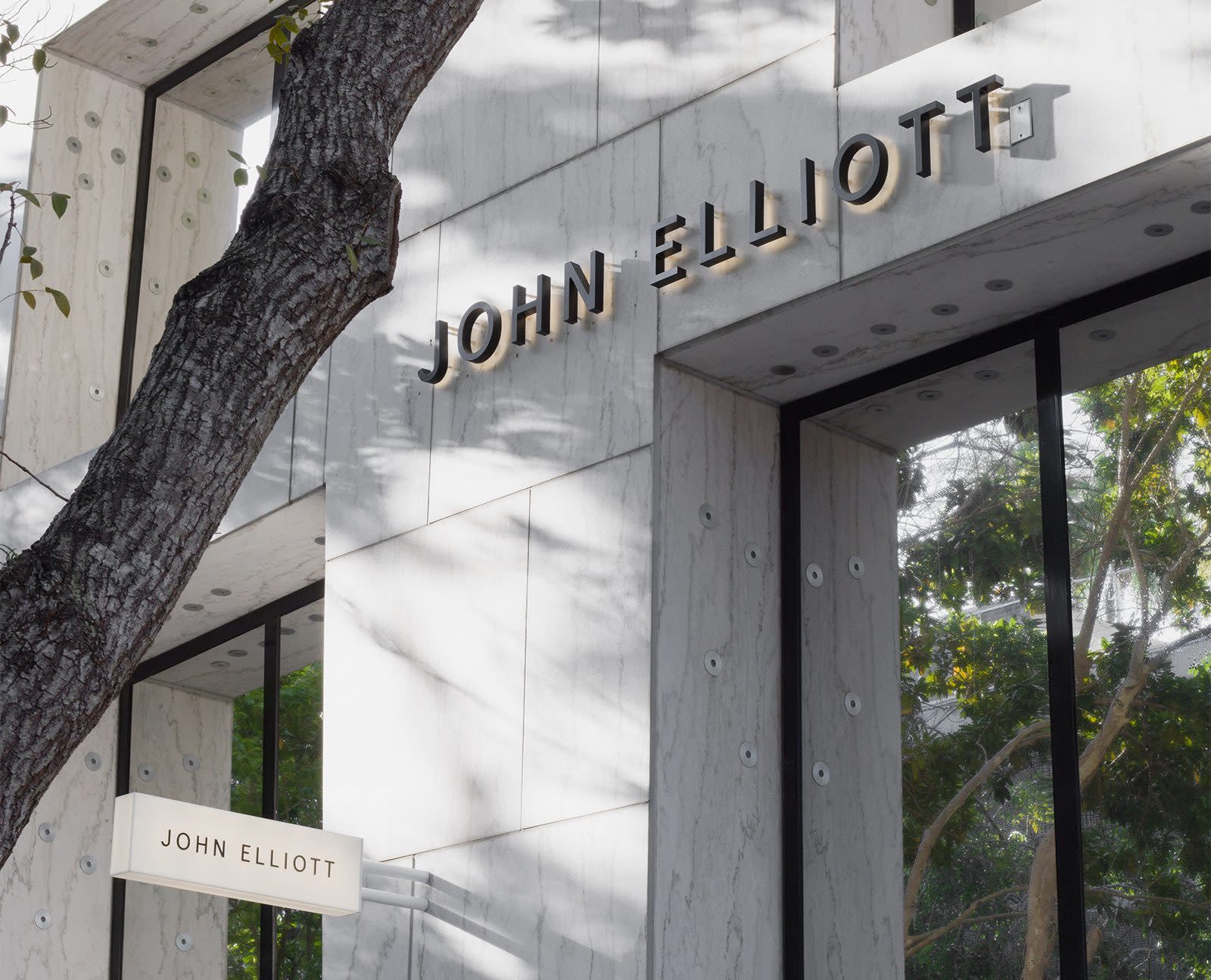 The store boasts tiles and iridescent and mirrored surfaces, nodding to the Miami heat, and plants that offset the matte finish on the interior. Dressing rooms have a high gloss finish and interior lighting mimics natural daylight.

Between the openings of the two stores, John Elliott launched new footwear made in Italy for spring 2021 and donated and raised money for a few causes.

In March 2020, the brand kicked off its Mainline for the Frontline initiative in which it donated $10,000 and raised $100,000 from e-commerce sales to the UCLA Health Fund, which was used to buy the UCLA hospital network a new ventilator and sponsor meals for families of lower-income patients. August saw the debut of the Frontline Future Fund, where money raised from e-commerce sales funded scholarships for 25 students entering UCLA Medical School.

In September 2020, the brand sold limited-edition T-shirts to raise money for those fighting the wildfires through its California Fire Relief Fund.