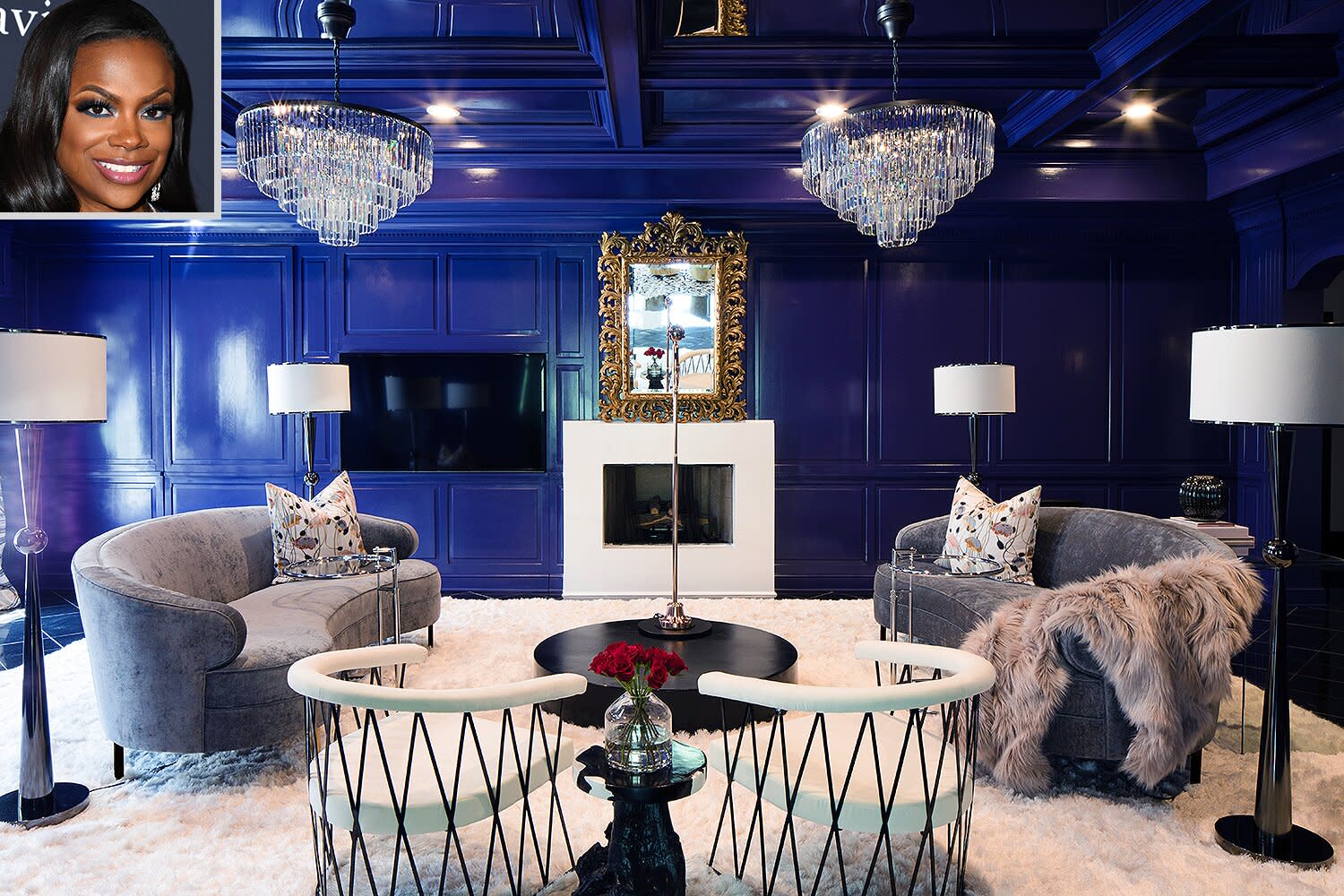 The designers behind some of the swankiest rooms in Real Housewives of Atlanta star Kandi Burruss’ home are opening up about what it was like to work with the singer-songwriter and actress.

“When meeting Kandi, you can already tell that she is pretty bold and loves a lot of color. So we were able to get really wild in her guest bedroom,” Forbes tells PEOPLE of the “dark and moody” space.

“That room was relatively easy in terms of getting the approval for the design and completing the space. The karaoke room, on the other hand, that was another process,” Forbes explains. “But Kandi is insanely patient. We had a lot of time to explore every wild idea. We’re like, ‘We want to paint your wood, mahogany trim moldings an electric purple color.’ And she was just like, ‘Okay!'”

Burruss’s only direction: She wanted everything “to be luxury” and for her “guests to feel comfortable.”

“She’s just never phased,” adds Forbes. “She’s a businesswoman like that — always putting out fires. She doesn’t put that much energy into drama or when things are going wrong or anything like that.”

When the designers proposed the idea of putting mirrors on the ceiling, Burruss loved it.

“Working with her is great because you have creative freedom,” Forbes says. “And then every time a room is done, she claps her hand and she’s just like, ‘Okay, what’s next?’ And then we just move on to the next thing.”

She notes that Burruss stayed out of the space as much as possible to allow the final designs to be a surprise. “She likes the reveal. She tries her best not to peek,” Forbes recalls. “I remember whenever she accidentally walked in the house and realized she saw something, she shut her eyes and ran down the hallway to avoid ruining it.”

And while collaborating with Burruss was easy, executing the design for the karaoke room proved to be a little bit more of a challenge.

“It was just going over ‘What is a karaoke space? How do we elevate the performer?’ So we created the little stage with the fun rose gold microphone,” she says. The designers  built two long velvet sofas instead of a huge 20-person sectional to allow for easy flow into the adjacent bar and made sure the room was well-equipped for some “iconic moments.”

In addition to its glossy walls and mirrored ceiling, the room also gets its shine from black lacquered floors covered with a white shag rug and two crystal chandeliers.

Burruss’s favorite element however is an eye-catching artwork.

“She had the Carmen poster and we had it had reframed,” Forbes says of the bright red movie poster that contrasts with the electric purple walls.  “That was actually something that she specifically requested.”

Knowing that she’d be filming RHOA at her home also played into Burruss’s inspiration for the redesign.

“She mentioned specifically just wanting to have a different look behind her when she was filming because she didn’t want the same details to come up again,” Forbes says. “She knew she needed the karaoke space, and even the guest room and her bedroom now, to film a lot.”

The two designers, who have made a name for themselves in the decor world, also note that even with creative freedom, they always make sure to express the vision of the client.

“What we do try to create is a bold space that feels a little eclectic, mixing a few different styles and genres. So if we have a shabby chic room, we’re doing a waterfall curtain, and really trying to make sure that there’s a punch in every space,” Forbes says. “We have fun exploring different design styles all the time.”

But, she notes, “We don’t ever focus on showing up our personal style in our client’s home. We’re not living there. And especially when working with celebrity clients, like Kandi, it is really important to understand their needs, what they like, and to elevate that as a representation of their room.”

While Burruss’s projects were independent, Forbes and Masters’s services are available to regular clients through the design service Decorist, which matches non-famous clients and top-tier designers.

“Finding clients through Decorist continues to elevate the same concept of being able to meet a person where they are, and to elevate their personal style room by room,” says Forbes.

And while the ongoing coronavirus pandemic has put some projects on hold for the rising design stars, Forbes and Masters say they’ve been lucky so far.

Says Forbes, “We’ve actually been really busy over the past few months, which we’re really thankful for.”