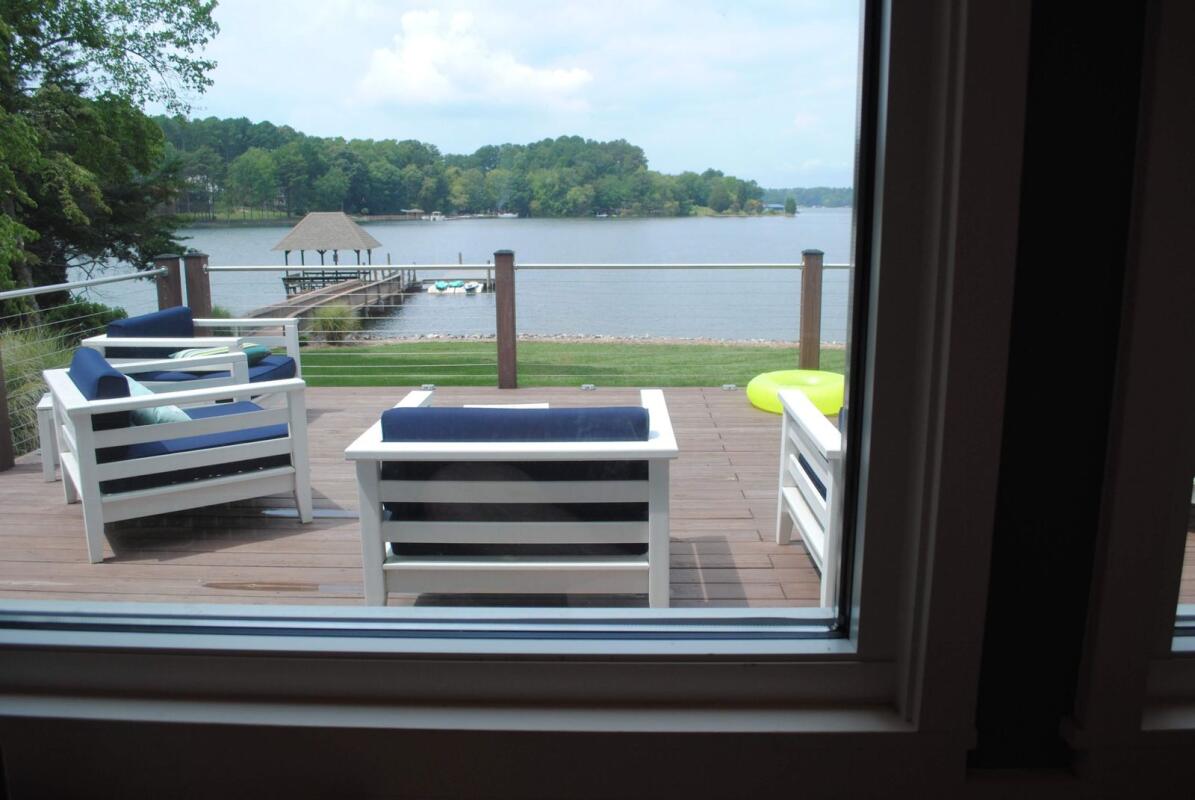 Rhythm in interior design is seen but not heard. Like a series of beams attached a ceiling, repeating rectangles in a pattern, or a line of accent tile surrounding the shower, rhythm guides the eye through a space.

The horizontal lines of the floor, railing and chairs create a repetitive rhythm on this deck overlooking Lake Norman near Charlotte, N.C. They guide the eye along the shore of the lake. (Erin Owen)

As one of the design principles, rhythm is the thoughtful and deliberate placement of elements to direct the eye. These elements are line, shape, color, pattern, space, texture and forms. Just as a cat follows a red laser dot around, so do visual elements cue people to look around rooms.

Within the principle of rhythm, there are different types.

Repetition uses the same element multiple times in a room. Think cabinetry in a kitchen, the same light fixture used above a bar counter, rounded door openings. Similar to repetition is alternation, which involves combining two or more elements into a pattern. Imagine hanging frames for a gallery wall. Two landscapes hang parallel next to a large square frame followed by two more landscapes next to a second large frame.

Creating rhythm through size is progression, or gradation. This is when objects are arranged in an increasing or decreasing size order. Think nesting tables where each one becomes smaller, books arranged by size. An ombre fabric is a good example of gradation.

When a line unexpectedly changes, it creates opposition, or contrast. For example, a horizontal media cabinet next to a vertical window. A sudden change in rhythm can be in pattern, color or shape. As long as this is not overused, the eye can follow the change.

Radiation creates rhythm as lines or concentric circles spread outward from a center point. Think of a sunburst-shape mirror or a circular inlay in a table.

If it was possible to hear a room with good rhythm, it would sound like relaxing instrumental music. If it was to sound like a cat scrambling around, then something has gone wrong.

Erin Owen graduated from the interior design program at Kirkwood Community College. She has worked as a commercial and residential interior designer. Comments: [email protected]