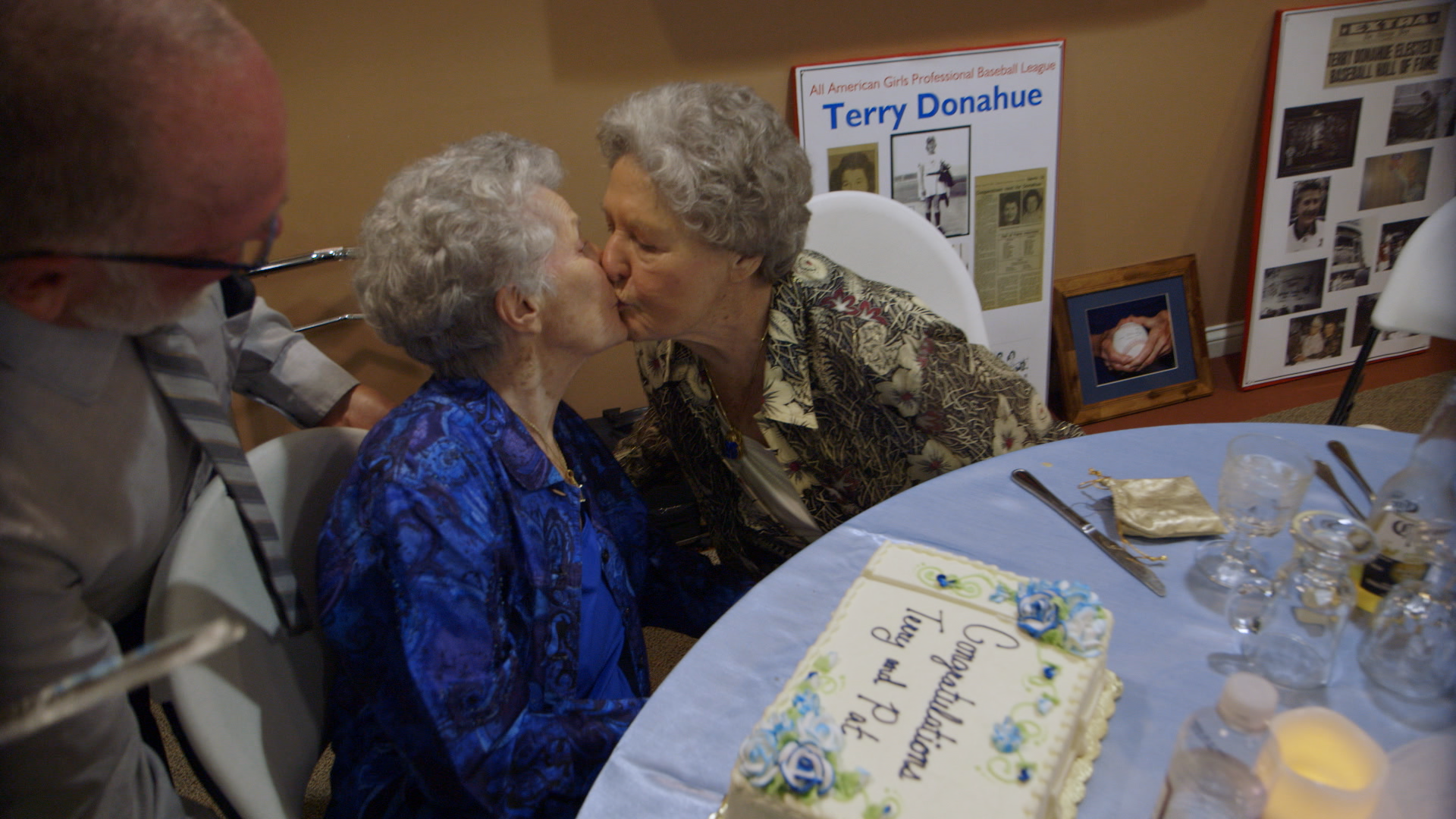 It’s a love story more than 70 years in the making.

Pat Henschel and Terry Donahue met in 1947. Henschel, then 18, was a long-distance phone operator, and Donahue, 22, a baseball player for the All-American Girls Professional Baseball League. (She was part of the team that inspired 1992’s “A League of Their Own” and consulted on the film.)

For decades, the women lived in the Chicago area and worked at the same interior design company, telling people they were “cousins” or “roommates” who lived together to split the rent. They eventually came out as gay to their families in 2009, six decades after they first got together.

More: Penny Marshall, ‘A League of Their Own’ still blazing trails for women in baseball

After coming out, “the floodgates opened up and they became like giddy little schoolgirls telling us these stories (about their life together),” Bolan says. “I had never heard a love story like this between two women and knew at that moment I wanted to make a film.”

The documentary, produced by Ryan Murphy (Netflix’s “Circus of Books”), flashes between the past and present, as Donahue and Henschel navigate old age, declining health and the decision to get married. It chronicles the early years of their clandestine relationship when they would meet in hotel rooms and churches after hours, just so they could steal a hug or kiss in private.

“They were telling me about a dust storm in the 1940s in a little town in Saskatchewan, Canada, and because of the dust storm, they were able to stand right in the middle of the street and kiss,” Bolan says. “I was blown away by that image.”

Living in Chicago in the ’40s and ’50s, they largely steered clear of gay bars, where women could be arrested during regular police raids if they weren’t wearing at least three items of women’s clothing. People thought to be gay or lesbian would also have their names published in newspapers, leading to divorces, firings from jobs, and sometimes suicide.

“It was a generation when there were very oppressive (actions) against the LGBTQ community and that played a major role in them hiding,” Bolan says. “They had house parties with their close friends where they felt they could be safe, but they also didn’t want to get deported back to Canada,” where they were both born and raised before obtaining green cards.

Bolan says many of his family members suspected Donahue and Henschel were a couple and asked them point blank “Are you gay?” but the women always denied it.

“That, combined with Pat having been engaged to multiple men and Terry having had boyfriends, you just figure they didn’t find the right guy and were really good friends. We took them at their word and left it at that,” Bolan says. “And in terms of their sexuality, I never thought about it. I loved them both equally and they were my two great aunts who I adored.”

Feeling she was living a lie, and suffering from Parkinson’s disease, Donahue cautiously told her niece she was gay in 2009 before opening up to the rest of the family. She married Henschel in 2015 – the same year gay marriage was legalized in the U.S. – on her 90th birthday, in a small ceremony that’s emotionally captured in the film.

“I was a blubbering mess,” Bolan says with a laugh. “I couldn’t hold it together, it was such a beautiful experience.”

Alexa Fogel, who co-produced “A Secret Love” with Brendan Mason, says Donahue and Henschel were “confounded” by the idea of a documentary, which was shot over four years.

“They couldn’t really understand why we thought their story was so special,” Fogel says. “But I think the kind of ordinariness of their day-to-day lives and the purity of the love that they have for each other, it just reminds you that it is regular people existing and loving that makes heroes.”

Car Rental Near Me