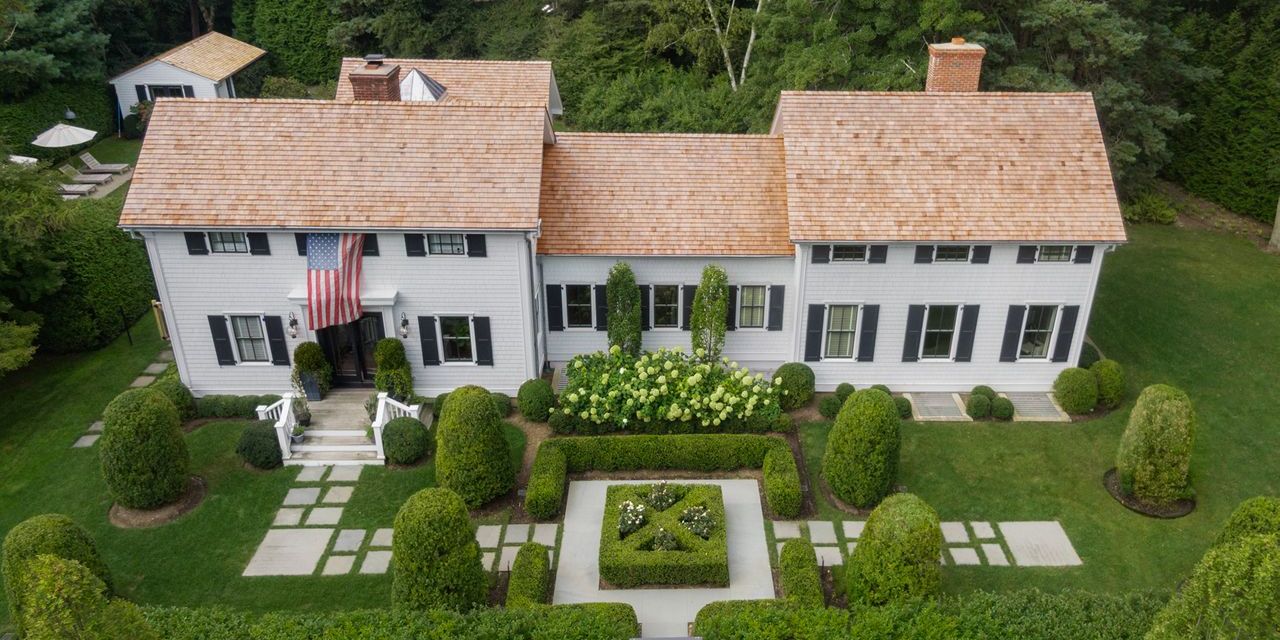 
Painted shutters, warm hardwood floors and French doors out to the lawn—this newly listed home in Water Mill, New York, was designed with modern farmhouse charm, plus a little something extra.

The six-bedroom home, which hit the market this month for $4.275 million, is the Hamptons retreat of renowned lighting designer
Nathan Orsman
, who’s transformed what was once a modest two-bedroom pile into a crisply decorated, six-bedroom beach house. And an expertly lit one at that.

“The owner’s talent is evident everywhere throughout the home and the entire property,” said Douglas Elliman agent
Adam Hofer
.

Some of the most obvious examples include a custom fixture that cascades through a stairwell down three levels, and a tiered adjustable chandelier that illuminates the home’s informal media room,
Mr. Hofer
said.

Mr. Orsman
’s specialty is his use of contrast and the dark “moments” that creates to build what the designer calls “poignant and moving interiors.” That theory is also key to outdoor lighting, something for which the designer is highly sought. His fans and clients reportedly range from interior designer Bunny Williams to former New York City Mayor
Michael Bloomberg
.

A flagstone patio nestled in a canopy of soaring cedar trees offered a perfect canvas for Mr. Orsman’s skill. He buried uplighting under the plantings around the yard and discreetly hung lights in the trees to cast an ambience that defies explanation, Mr. Hofer said.

“It’s something you need to see to experience,” he said.

Mr. Orsman and his husband,
Jose Castro
, bought the home around eight years ago for $1.255 million, according to property records. The 1.25-acre parcel allowed them to nearly double the square footage and build a pool.

They added four more bedrooms and designed several for optimal privacy. There are two second-floor, en-suite bedrooms, each accessed by its own staircase, Mr. Hofer said. The first floor includes another guest bedroom and a spacious main bedroom suite. The renovations also included carving out a lower ground level to house more guest rooms.

In the main living areas, decorative sconces draw the eye from the open dining room across the living room to a central fireplace. Mr. Orsman has also added recessed lighting across the home, which is all integrated into a Savant automation system. In other words, you can turn all the lights on or off with the touch of button “from anywhere in the world,” Mr. Hofer said.

The owners have also created a sleek bar area, where lights, hidden under the black marble bartop, cast a romantic glow on the canary-colored seating, the agent described.

It’s the kind of attention to detail usually employed in homes of much higher price points, and a facet of interior design developers almost always scrimp on if not ignore, Mr. Hofer added. “Every time I go there I see something new.”