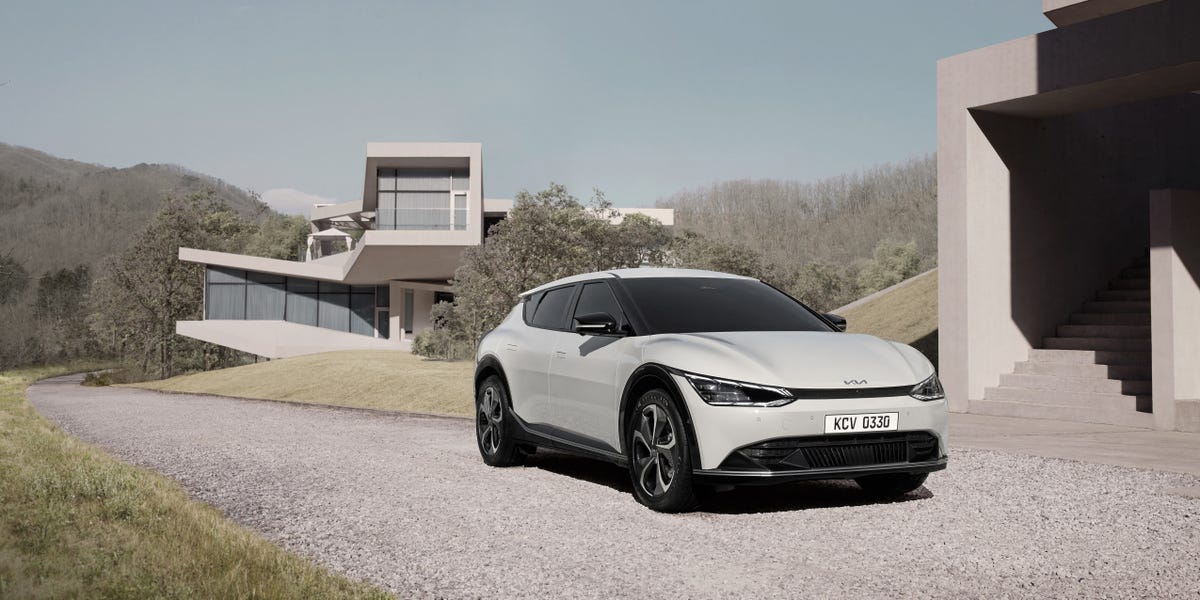 Kia released the first full images of the interior and exterior design of its new electric car — the EV6 — on Monday.

The images were shown off ahead of the electric car’s online world premiere later this month.

The car has a crossover-inspired design and represents the next generation of electric cars for Kia. The EV6 has a sleek and more rounded design that rides lower to the ground than other Kia cars.

“We strongly believe EV6 is a compelling and relevant model for the new EV market,” Karim Habib, Kia’s senior vice president and head of global design center, said in a press release. “With EV6 we aimed to create a distinctive, impactful design by using a combination of sophisticated, high-tech features on pure and rich volumes, while providing a unique space as a futuristic EV.”

The EV6 was built on its parent company Hyundai’s Electric-Global Modular Platform. The car is the second one to be built based off the platform, after Kia unveiled its Ioniq 5 in February.

The car’s interior is simple but high-tech. The inside boasts a curved high-definition audio visual and navigation screen.

The E-GMP platform helps give drivers and passengers more space, according to Kia. The slim seats and curved screen, which is designed to give the driver an immersive view, adds to the car’s spacious interior.

“We want our products to deliver an instinctive and natural experience that improves the daily lives of our customers,” Habib said.

Kia said the company based the car’s design off its new design philosophy, “Opposites United.”

The car company has not yet released any specs for the EV6, but the car will likely be similar to the Ioniq 5, as they were both built of the E-GMP platform.