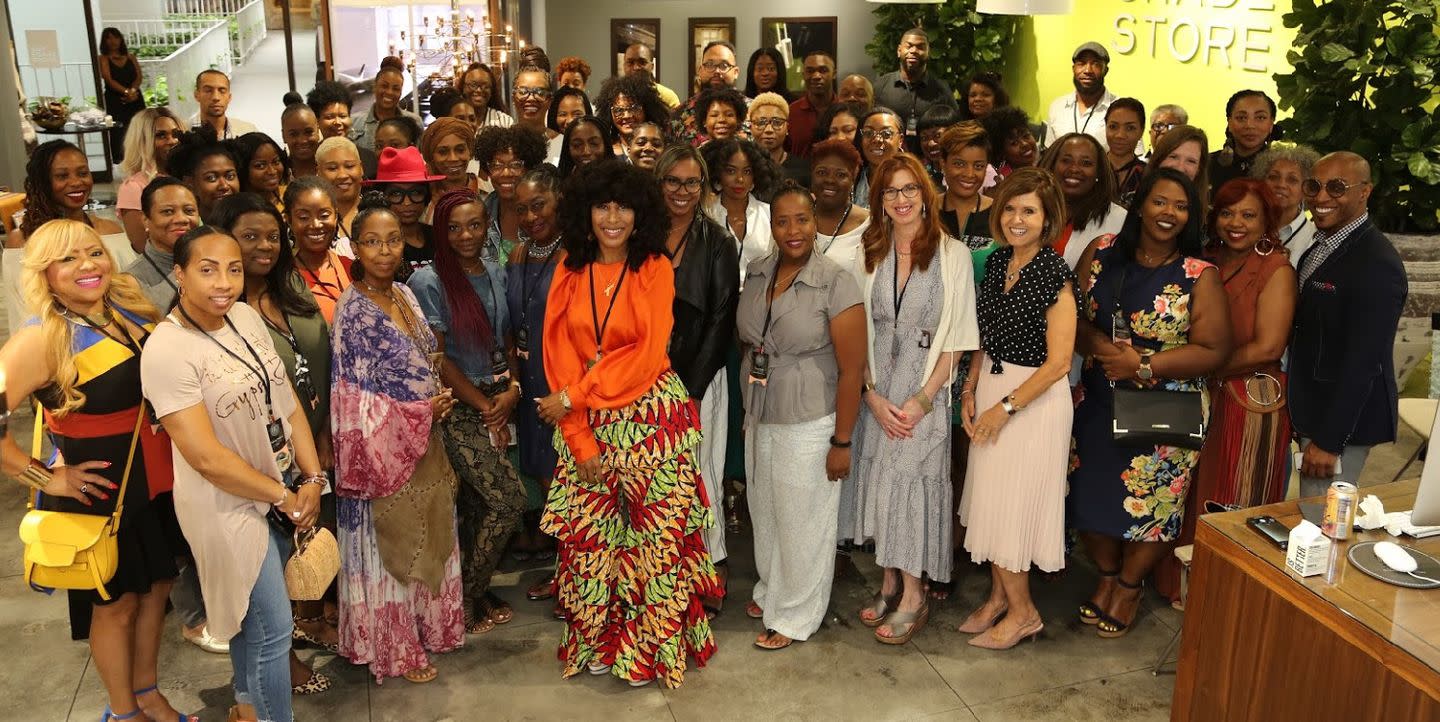 Chances are, you’ve been hearing the term “ally” a lot lately. As the country—and, indeed, the world—sees a new reckoning with systemic racism in the wake of the murders of George Floyd, Breonna Taylor, Ahmaud Arbery, and more, there’s been an increased movement for non-Black individuals to better support their Black peers and work to combat racism. In the interior design world, this has sparked many conversations on representation, inclusivity, and equity. Now, one organization wants to make Allyship more official. A month after releasing the “Designer Ally’s How-to,” a list of actionable steps non-Black members of the design community could take to help ease the burden of their Black colleagues, the Black Interior Designers Network is launching the Ally Program, a membership opportunity for supporting the work of the BIDN and its designers.

“My biggest hope for this Ally membership program is that it bridges the gap between an ‘us’ versus ‘them’ feeling,” BIDN president Keia McSwain tells House Beautiful. “As a Black interior designer, you never know what the atmosphere and company culture is like when you walk into a new showroom.”

McSwain hopes that the connections between Black and non-Black designers through the program, as well as the education it will provide, will not only make members of the industry more aware of these challenges, but continue conversations on topics of race long term. “The Ally How-To guide was nothing short of amazing,” she says. “Seeing influential media outlets and designers show support for members of the Black interior designer community was truly meaningful. In our minds we knew this was only a first step in creating industry-wide change. The BIDN Ally membership program is more of a commitment than simply sharing support on social media one day during the year.”

There are two types of membership: one for design firms and individual designers ($95 per month) and one for product developers, manufacturers, and design brands ($295 per month). All funds raised by the program will go to BIDN’s programs, including diversity trainings as well as the Network’s annual Conference.

Ally membership will require participants to make continual commitments to support the work of Black creatives: “Ally members are expected to first look internally to determine if there is both diversity and inclusivity within their workplace environment,” says McSwain. “For small design firms, we challenge them to understand who they are sourcing from and is that pool of resources diverse? After an internal analysis, we are also expecting our allies to attend our in-person and virtual events and get to truly meet and engage with our community.”

Allies will then be expected to incorporate this into their own workplaces, in ways such as (but not limited to) “ambassador programs, vignette or showroom design, product or influencer sponsorships, or simply hiring new, young, Black design talent when internal positions open,” McSwain says.

Essentially, she concludes, “if you are signing on to be one of our official BIDN Allies you’re stepping forward from your peers to say that not only am I committed to equality but I am willing to do my part to bring monetary equity to the Black design community.”