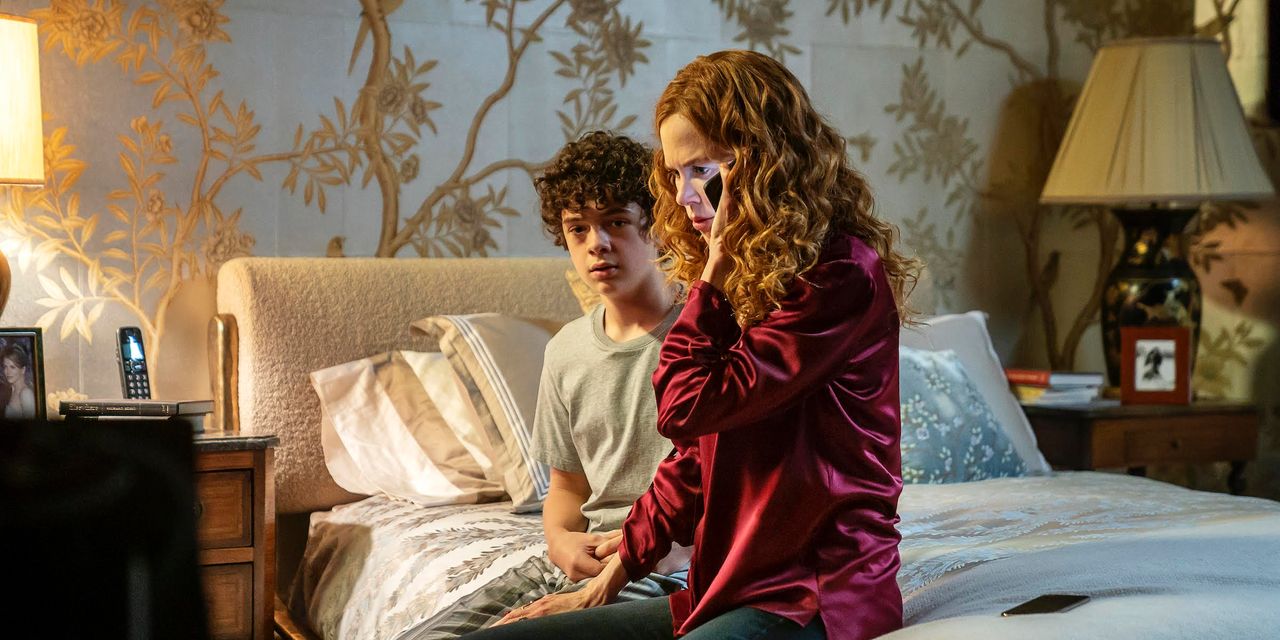 AN INTRIGUING TREND has emerged in TV production design while we’ve been sprawled on our couches. Patterned wall coverings are playing a starring role in some of the hottest streaming series, breathing life into scenes in a way that a coat of eggshell-white paint and artwork just can’t. Color and print reinforce characters’ milieu and frame a narrative whether it’s unfolding in the new home of a troubled young chess prodigy in 1960s Lexington, Ky., or the family townhouse of a privileged teenager on Manhattan’s Upper East Side. “Wallpaper pulls the entire look together by adding texture, style and refinement,” said Ola Maslik, production designer of HBO Max’s new incarnation of “Gossip Girl.” “It’s a chance to complement the storytelling.” Such notable TV wallpapers, however, can make our own homes seem relatively unremarkable. So we’ve found those wallpapers, or close facsimiles, so that you can buy them for yourself. Hang them, and the drama can continue even after your screen goes dark.

In the revamp of the salacious mid-aughts teen melodrama, Audrey Hope (played by Emily Alyn Lind) serves as a quasi-parallel to Blair (Leighton Meester) of the original series. Both are worldly, Audrey Hepburn fans and are fond of timeless, fine things. The pastel hues in the Hope family dining room represent the old-money sophistication of New York’s Upper East Side. Production designer Ola Maslik and her team used a chinoiserie-printed, metallic grasscloth from Scalamandre. “It’s a stunning, classic design with depth and detail,” she said, “and it really helps define Audrey’s character.” Blossom Fantasia Sky Wallpaper, $1,760 per roll, nicolettemayer.com