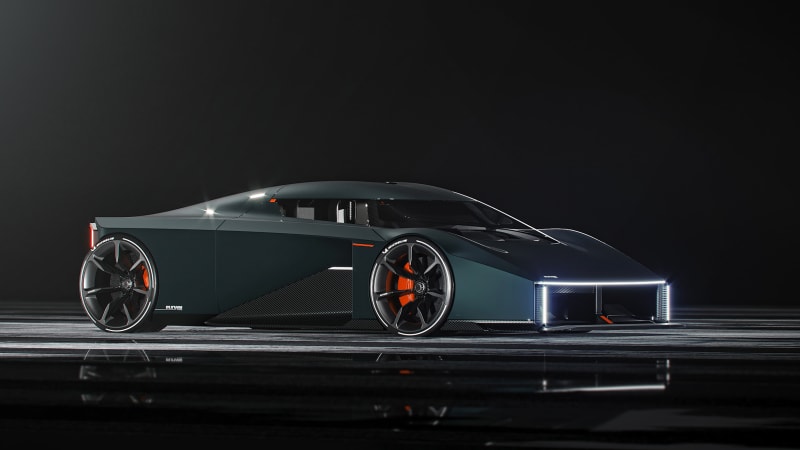 Imagined renderings without paths toward production typically don’t make the cut here at Autoblog, but a sharp-looking exception to that rule has arrived courtesy of RAW Design House. The digital concept car was created as part of a graduation thesis by student designer Esa Mustonen under the guidance of Christian von Koenigsegg and Koenigsegg’s Head of Design Sasha Selipanov. The vision for the concept is a style-forward entry-level supercar that would release under a new sub-brand called “RAW by Koenigsegg.”

Mustonen is from Finland and is currently studying transportation design as he earns a bachelor’s degree in industrial and product design at the Lahti Institute of Design in Lahti, Finland. Before he began working with Koenigsegg and RAW, he completed a six-month Genesis internship in Germany in 2018 (Selipanov also previously designed for Genesis) and a six-month Renault internship in France.

With the unnamed concept, Mustonen imagines an entry-level supercar that reinterprets the lightweight Koenigsegg Agera One:1 that had a one-to-one power-to-weight ratio. While that car featured 1,341 horsepower to match 1,360 kilograms (2,998 pounds), this car would theoretically make 700 horsepower and weigh only 700 kg (1,543 pounds).

The car’s stance was initially inspired by that of a bicycle’s. It features an F1-style three-seater carbon fiber monocoque that sits ahead of Koenigsegg’s three-cylinder Freevalve Tiny Friendly Giant engine that debuted in the Koenigsegg Gemera making 600 bhp and 443 lb-ft of torque. Mustonen notes the reason the frontal crash structure narrows at the nose is to deflect front impacts to the sides. With the three-seat configuration, the driver is pushed forward to the point that his legs are partially inside the car’s nose.

As seen in the sketches in the second half of the gallery above, Mustonen originally developed a theme with a split design that showed clean and soft aerodynamic parts while also showing the structural and mechanical parts.

“I developed this idea that the whole rear subframe and the engine would be fully exposed,” Mustonen explained in the sketch slide. “The Freevalve engine is a very unique piece of engineering, so I wanted to bring the ‘soul’ of the car to be the focal point of the theme. This is also very beneficial for cooling, and with some correct air channeling, you can prevent it from disturbing the rear aerodynamics.”

The design shifted, however, to create the shape seen here. Two features that are not shown in the static photos are the dihedral doors that open the opposite way Koenigsegg doors typically open, and the active rear diffuser. The diffuser is inspired by a jet fighter afterburner and moves up and down to create two different looks.

A significant theme for this car and the theoretical RAW by Koenigsegg brand is simulator racing. Mustonen says sim racing rigs inspired much of the interior, including the driver’s seat sitting on two rails.

“RAW by Koenigsegg offers a new type of user experience as it can be used in both the real and the virtual world,” the Instagram captions said. “The car allows its user an opportunity to experience its performance and influence its setup in either real life or digital states using already existing highly correlative racing simulators.”

It’s unclear whether any of this project, the design, the technology, or the features, will ever make it into a future Koenigsegg, but the idea itself seems feasible. When Christian von Koenigsegg is involved, nothing is out of the question.