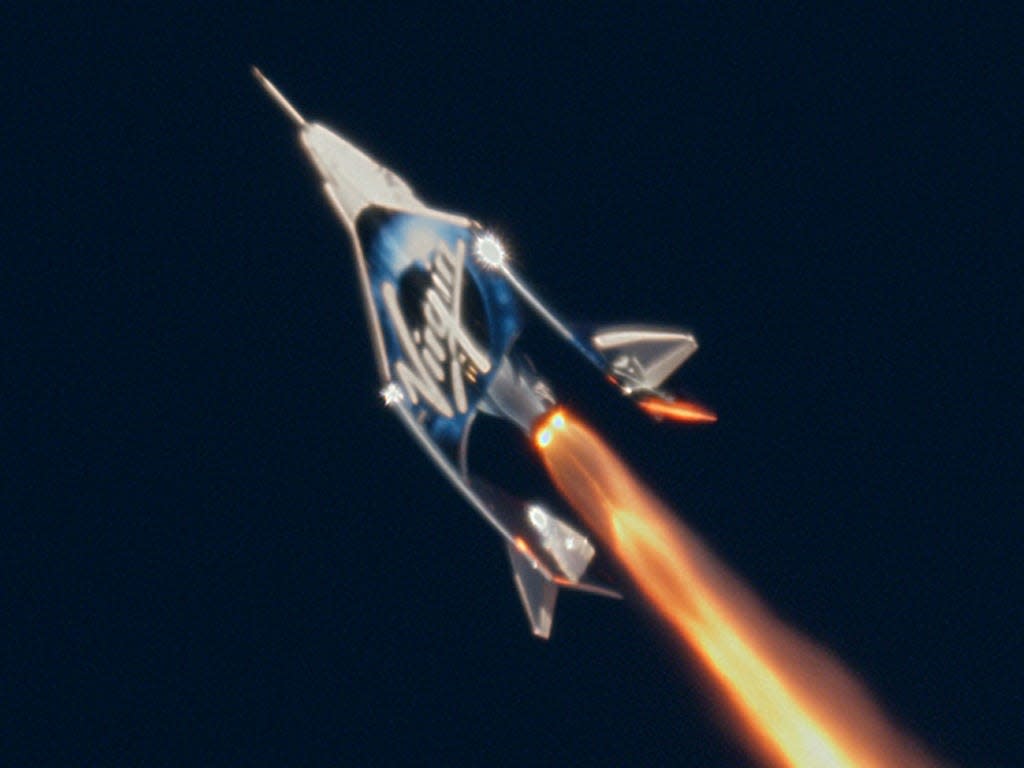 The vehicle is designed to fly to supersonic speeds and pierce the unofficial boundary of space some 62 miles above Earth.

At the pinnacle of such flights, six passengers — either a group of space tourists or science researchers — and two pilots would experience a few minutes of weightlessness before returning and landing at Spaceport America in Las Cruces, New Mexico.

Virgin Galactic is now in the final stages of a test-flight program before the company attempts to start commercial operations.

As those final experimental flights take place, the company is announcing that it has finalized the interior cabin of SpaceShipTwo.

Virgin Galactic has seen repeated setbacks to its goal to carry paying passengers, which founder Richard Branson had predicted could start as long ago as 2009. A prototype ship failed over the desert in 2014, killing a test pilot and further hampering the project.

But Virgin Galactic says it is now on the final stretch. The next phase of the company’s existence is planned to kick off with the inaugural flight of Branson himself, followed by a manifest of at least 600 passengers who’ve already paid $200,000 to $250,000 each for a ticket. An additional 400 passengers who’ve placed $1,000 deposits may follow.

Since the coronavirus pandemic limits in-person tours, the company plans to reveal that design on Tuesday at 1 p.m. ET in a virtual tour on YouTube, embedded below.

SpaceShipTwo’s cabin has to work for passengers and pilots in a many challenging situations. Its missions involve dropping from a two-bodied mothership airplane, igniting its rocket engine, then accelerating to more than three times the speed of sound.

The ship can then give passengers a few minutes of weightlessness before descending, falling back to Earth in a spiral flight pattern to bleed off speed, and gliding to a soft runway landing.

In a press release, Virgin Galactic said the “cabin interior has been created to integrate seamlessly with every step of that journey, it is also the design centerpiece, providing safety without distraction, quietly absorbing periods of sensory intensity and offering each astronaut a level of intimacy required for personal discovery and transformation.”

Ahead of the event, the company released a short teaser clip for its unveiling, below.

A spokesperson could not tell Business Insider when Virgin Galactic planned to begin commercial operations.

However, the spokesperson noted that only one or two rocket-powered test flights remain before the Federal Aviation Administration can sign off on the final five of 29 requirements to license the vehicle.

“We’re now on what I think of as sort of the final stretch of those,” George T. Whitesides, the CEO of Virgin Galactic, told Business Insider in May. “Many of those have to do with things related to the cabin. Stuff like humidity [levels].”

Following those one or two powered flights and an FAA license, the spokesperson said Virgin Galactic can fly additional missions to the edge of space with up to four employee passengers each to test out the company’s cabin hardware and suborbital astronaut training program.

This story has been updated. It was originally published on July 2, 2020.