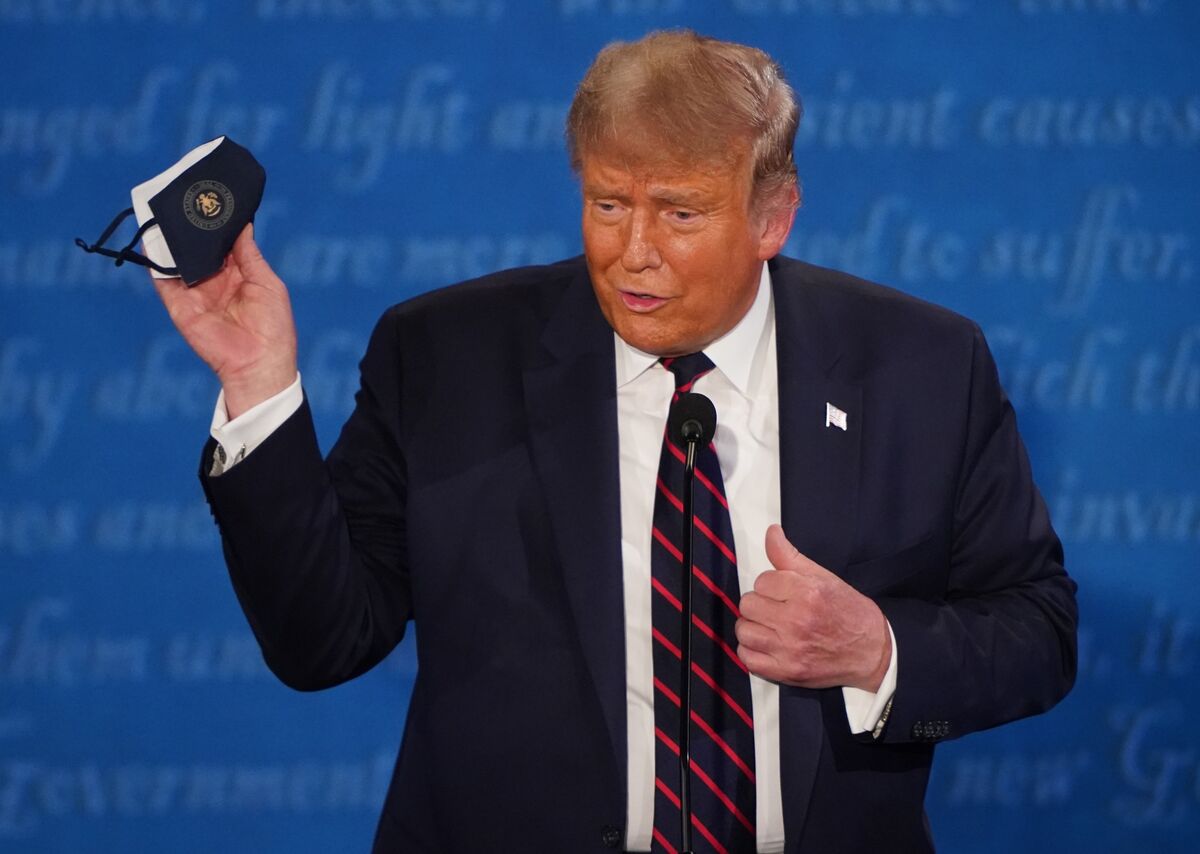 Traders have been warning of market volatility for some time now, what with the faltering global economy, a lack of a second U.S. bailout package and the potential for legal battles (or worse) in the aftermath of the Nov. 3 presidential election. News that President Donald Trump tested positive for Covid-19 and is headed to the hospital has thrown those fears into overdrive. Risky assets fell and oil prices plunged on Friday. Trump, who over the past nine months has downplayed, dismissed or touted unproven treatments for the coronavirus as more than 208,000 Americans died from it, is himself in a high-risk category. Overweight, male and 74-years-old, Trump’s diagnosis has suddenly made his health the focus of the campaign. His opponent, former Vice President Joe Biden, who was in close proximity to Trump during their debate this week, tested negative. Here is the latest news on the global pandemic. —David E. Rovella

Bloomberg is mapping the pandemic globally and across America. For the latest news, sign up for our Covid-19 podcast and daily newsletter.

The pace of recovery from near-unprecedented U.S. unemployment slowed in September, while many Americans stopped looking for work altogether, according to the last monthly jobs report before the election. While the unemployment rate fell by more than forecast—to 7.9%, according to the Trump administration—labor-force participation declined, particularly among women. Stocks fell.

U.S. carriers gained after House Speaker Nancy Pelosi vowed to find a way to help the battered industry, perhaps via standalone legislation if Congress fails to pass a second economic relief package. But the effort was blocked by Republicans as thousands of airline employees are laid off following the expiration of help provided under the first coronavirus bailout.

Wall Street’s alchemists are at it again, spinning supposedly safe investments out of the pandemic-stricken market in commercial real estate. In a maneuver that recalls the complex home mortgage investments of the mid-2000s, Cerberus Capital Management has used relatively low-quality commercial mortgage bonds to create triple-A debt.

U.S. Circuit Judge Amy Coney Barrett, Trump’s last-minute nominee to the Supreme Court, added her name to a 2006 newspaper ad calling for the reversal of Roe v. Wade, the landmark ruling guaranteeing a woman’s right to an abortion. Opponents of Barrett’s selection, who warn she may help end the Affordable Care Act, argue the ad shows she may also tip the court against reproductive rights.

Houston knows all about disasters, has a world-renowned medical center and saw what happened in New York City, where 24,000 people perished earlier this year. And yet still, the Texas city chose instead the all-American pandemic response, Bloomberg Businessweek reports: ignore it until it’s too late.

Texas Governor Greg Abbott was sued by voting rights groups who say the Republican’s plan to limit each county to a single ballot drop box for the Nov. 3 election will have the effect of suppressing the vote in urban areas. Biden is polling competitively against Trump in the traditionally red state. Meanwhile, the U.S. Postal Service, already under intense scrutiny for cutting mail capacity, reportedly failed to update 1.8 million change of address requests, potentially jeopardizing the ability of Americans to vote in an election that will see millions of mail-in ballots.

What you’ll need to know tomorrow

What you’ll want to read in Bloomberg Pursuits

The Chevrolet Corvette, the McLaren 570S and Lotus Evora are among the most athletic, fun-to-drive vehicles on the market today. But the ability to provide a thrilling experience from behind the wheel doesn’t mean a car sailed through the interior design portion of the test. Engineering prowess  doesn’t always transfer to the cabin.

Like Bloomberg’s Evening Briefing? Subscribe to Bloomberg All Access and get much, much more. You’ll receive our unmatched global news coverage and two in-depth daily newsletters, The Bloomberg Open and The Bloomberg Close.

Bloomberg Sustainable Business Briefing: Accelerating Climate Action. Join us virtually on Oct. 7 as we examine what top companies are doing to transition to a green economy. Hear from The Climate Group CEO Helen Clarkson, We Mean Business Coalition CFO Maria Mendiluce and EY Global Vice-Chair, Sustainability Steve Varley about how business, finance, government and nonprofits can work together to create meaningful progress and an effective response to the threats of climate change. Register here.

Download the Bloomberg app: It’s available for iOS and Android.

Before it’s here, it’s on the Bloomberg Terminal. Find out more about how the Terminal delivers information and analysis that financial professionals can’t find anywhere else. Learn more.